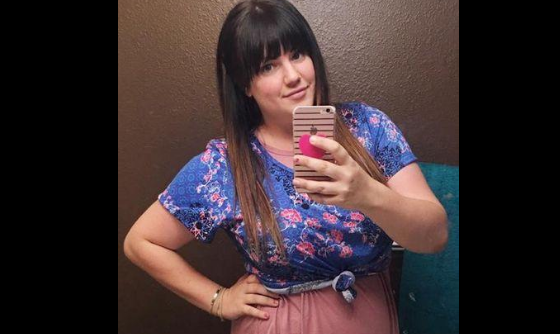 (INTELLIHUB) — A woman by the name of Kymberley Suchomel, 28, who attended the Oct. 1 Route 91 Harvest Music Festival, passed away Monday at her Apple Valley home just days after she had survived the deadliest mass shooting in modern U.S. history unscathed, according to multiple mainstream media reports.

Suchomel, who posted her eyewitness account of the Las Vegas massacre in astonishingly vivid detail to her Facebook page on Oct. 4, subsequently passed away in her home on Oct. 9 from what reports are claiming are ‘natural causes.’

Shockingly, just days before her death, Suchomel posted key details about the shooting to Facebook that contradicted the official narrative which claims that Stephen Paddock was the lone gunman.

“From about 50 feet in front of us, and a little to the right, fire crackers were set off. Let me repeat that… FIRE CRACKERS WERE SET OFF. I verbally stated “some asshole just shot of fire crackers in close proximity to so many people”. I was literally pissed off. You could see Jason Aldean look to his left kind of startled by it, but he was also clearly irritated. I would say about 15 seconds later, the first volley of gunfire was released,” the eyewitness wrote.

It was a shorter volley than any of the others, and the gunfire was not as close together either. EVERYONE looked up, down, around. We thought it was more fire crackers at first, but then Ricky reached over, told us all to put our boots on, quickly. And the volley ended. Then people started to panic. The gentlemen behind me looked at me as I was putting on my boots, half laying down, and said “calm down crazy, its just fireworks, jeez”.

That is when the 2nd volley went off, Ricky yelled at us all to get down, flat, & we immediately knew there was someone shooting at us. I remember getting down, but I didn’t lay flat for some reason, thinking- oh my gosh, I need to get flatter than I am now, but my body just wouldn’t let me. That was the 2nd volley. At the end of that volley ( I am still struggling to get my boots on), we turned and tried to run, but the people behind us still weren’t moving. I yelled at the lady “RUN! ITS GUNFIRE! RUUUUUUUUUNNNNN!!!”

According to Suchomel the shooting was ‘close.”

“[When] the 3rd volley hit… and it was close. Very, very close to us. I could physically see the impact of the bullets on the astro-turf, I could feel the warmth & the passing of bullets. Once that 3rd volley was over, Casie linked her arm into mine, and we decided at that moment we weren’t stopping- we were getting the Hell out of there. And I do mean Hell. We were in literal Hell,” she claimed.

“The gentlemen that mocked me stating it was just fireworks fell to the ground, and he never got back up. The lady behind me (who was now in front of me) who was terrified as I told her to run, never got back up. I actually had to physically step over her body to run (something I am still struggling with, so please don’t attack me. I was absolutely in flight-or-fight mode). There was another person to my right who also wasn’t moving. We ran. I don’t know what direction we ran, I don’t know towards which landmark we ran. We just ran. It was at this time our group got split up. Casie & I were together. Ricky, Cassie & Mendy were together.”

Soon after, according to her account, Suchomel started to panic when she realized ‘100%’ that there was more than one shooter and that multiple gunmen were in the crowd!

“We were rounding some sort of corner maybe- and I looked to the right and I saw this large cowboy sitting down with his legs spread, holding a blood-soaked woman. I thought to myself “we NEED to hide”, but as I looked quickly for somewhere to go, the gunfire once again got closer and closer. We couldn’t hide because they (and I do mean THEY) were chasing us. That exact moment is when I started to really panic. That is the exact moment in which I thought this was it, I was going to die, I was never going to see my family again. So, as we are running, we approach this fence where men are throwing women over, and we ran up to it as they had knocked It down, so we were able to get out. As we crossed the threshold of the venue, my mind went straight to other mass shootings and hearing the victim’s families in my head talk about how they never got to say goodbye. I did not want this for my husband (who was at work) & my grandma (who had my daughter, Scarlett). So, at 10:07pm I called my husband franticly leaving him a voicemail- telling him that I loved him and was in the middle of a shooting & I wasn’t sure if I would make it out alive,” she explained.

“Next, while still running, I called my grandma to tell her the exact same thing. But the gunfire wasn’t stopping this whole time. It wasn’t ceasing. It wasn’t slowing down. And It was directly behind us, following us. Bullets were coming from every direction. Behind us, in front of us, to the side of us. But I know, I just know, that there was someone chasing us. The entire time I felt this way,” she explained “The farther we got from the venue, the closer the gunfire got. I kept looking back expecting to see the gunmen- and I say MEN because there was more than one person. There was more than one gun firing. 100% more than one.”

“As we were running, we kept changing direction, because it felt like no matter what direction we took, we were being followed. So we ended up running in a weird triangular path. The first place I remember getting to was a parking lot, and I told Casie (who was slightly in front of me) we needed to get under one of the trucks. She turned to me and started her way back to me, and that is when the gunfire got even CLOSER than ever before. It was RIGHT THERE. It was within the parking lot. Everyone around us was panicking once again. So we ditched the idea of getting underneath a vehicle, and we continued the run for our lives. If you know me, you know I am a big girl, who is out of shape, and who definitely does not run for any reason. But I can tell you I ran like I have never run before,” she continued in extreme detail.

The 2nd place I remember going by was Hooters- which is where we met back up with the rest of our small group. We ran towards the entrance thinking we could take cover there, but as we got closer, a stampede of people ran out, terrified. We could only conclude that there was another gunman inside of that hotel. This made us even more scared- we had nowhere to go- no one to trust. At some point, we ended up at the airport & even entered the building for safety. Everyone as we entered were screaming at the staff “IS IT SAFE IN HERE?” but we weren’t getting anyone to answer us, so after running about 30 feet into the building, not getting the answers we so desperately needed, we decided it, too, wasn’t a safe spot, so we got out of there quickly and continued running.

After all this running, we were tired, sore & having to stop to cough, gag and even vomit. We ran across an intersection & us & another group of people pleaded with a limo driver to let us in and get us out of there. He was clearly confused & didn’t understand what was going on, so he didn’t let us in. Next, we ran to a taxi van & she was willing to let us in, but she told us her van only held 4 people & she wasn’t going to let the 5 of us in, so we said screw it and continued running. At one point, we ran passed a small liquor store where they so graciously gave us water bottles. We passed UNLV as well.

Additionally, the eyewitness reported that she was running with her group alongside ‘Tropicana Avenue’  when a ‘dark-colored SUV’ slowed and a ‘smaller Hispanic woman’ emerged from the window to ‘taunt’ her group.

“[She] leans out the window, and she yells something we couldn’t understand in a clearly taunting manner. It really freaked us out, because again, we didn’t know who we could and could not trust,” the eyewitness explained.

Could this ‘smaller Hispanic woman’ have been the same ‘short Hispanic lady’ reported by another eyewitness to have threatened concertgoers 30-45 minutes before the shooting started?

Eight days later Suchomel was found dead in bed by her grandmother who arrived at Schomer’s residence at 8:30 a.m.

According to an Oct. 9 report confirming Suchomel’s death, Suchomel “was taking medication for a pituitary tumor and feared to fall asleep at night after being heavily traumatized by the Oct. 1 massacre.

Note: The actual Facebook post made by Suchomel was removed after the original article began to go viral.

Shepard Ambellas is an opinion journalist, analyst, and the founder and editor-in-chief of Intellihub News & Politics (Intellihub.com). Shepard is also known for producing Shade: The Motion Picture (2013) and appearing on Travel Channel’s America Declassified (2013). Shepard is a regular contributor to Infowars. Read more from Shep’s World. Follow Shep on Facebook. Subscribe to Shep’s YouTube channel.