“It Is Really Hard To Argue With Trump About This”: Face It, America Is In Decline 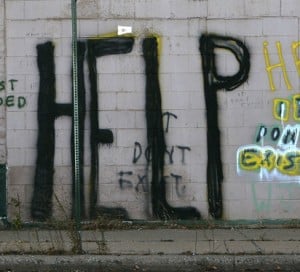 Editor’s Comment: Obama started out on the promise of hope and change, and many were ecstatic. What he turned out to be was an accomplice to the theft on Wall Street, an apologist for the absent “recovery” that was to take place in the wake of the 2008 economic crisis, and worse, he has deliberately drawn people into the government collective and enrolled them on the dole, while stirring the greatest divide this country has seen in 50 years.

Now, Donald Trump is the candidate promising hope and change. It is pretty difficult not to be cynical about the unrealistic promises that candidates make to fix and make better. But one this is for sure – he is the only candidate addressing the very real and deep-seated problems in America. Love or hate his polarizing personality, Trump has fueled his rise off a populist anger that transcends petty divisions, and cuts the bone. This country has been left to run down. The corporation went overseas, and the jobs with them. The nation hollowed out, and the purpose of its people along with it.

Whatever the answer to our country’s problems, or lack thereof, only Trump has been honest about how bad things have gotten, and how badly the system has betrayed its people. What he does from there, no one can say.

America is in decline.  There are some that still attempt to deny this, but the reason why Donald Trump’s campaign slogan has so strongly resonated with the American people is because deep inside most of us realize that America is not as great as it used to be.  Our economy is a mess, we are 19 trillion dollars in debt, our infrastructure is crumbling, crime is on the rise, moral decay is all around us, other countries don’t respect us as much anymore, and our nation is the most divided that it has been in decades.  Anyone that believes that America is better than it has ever been in 2016 is either completely delusional or simply has not been paying attention.

As I write this article, the prepared text of Trump’s speech has already been released to the press.  So the following remarks may differ slightly from how he actually delivered them, but the differences are not likely to be too great.  At one point during his speech, Trump highlighted the rising crime and violence in our cities, and the numbers that he had to share were more than just a little bit alarming…

Decades of progress made in bringing down crime are now being reversed by this Administration’s rollback of criminal enforcement. Homicides last year increased by 17% in America’s fifty largest cities. That’s the largest increase in 25 years. In our nation’s capital, killings have risen by 50 percent. They are up nearly 60% in nearby Baltimore.

In the President’s hometown of Chicago, more than 2,000 have been the victims of shootings this year alone. And more than 3,600 have been killed in the Chicago area since he took office.

The number of police officers killed in the line of duty has risen by almost 50% compared to this point last year. Nearly 180,000 illegal immigrants with criminal records, ordered deported from our country, are tonight roaming free to threaten peaceful citizens.

And it is really hard to argue with Trump about this.  We have all seen what just happened in Orlando, in Dallas and in Baton Rouge.  As I have said so many times before, a spirit of violence and civil unrest is rising in America.

Donald Trump thinks that he can fix this.  Unfortunately, I don’t think that any politician will be able to do that at this point.

Our long-term economic decline is another puzzle that our national leaders have been unable to solve.  Gallup’s U.S. economic confidence index just hit the lowest level so far this year, and poverty levels continue to rise all over the country.  The following is another excerpt from the text of Trump’s speech…

Nearly 4-in-10 African-American children are living in poverty, while 58% of African-American youth are not employed. Two million more Latinos are in poverty today than when the President took his oath of office less than eight years ago. Another 14 million people have left the workforce entirely.

Household incomes are down more than $4,000 since the year 2000. Our manufacturing trade deficit has reached an all-time high – nearly $800 billion in a single year.

The budget is no better. President Obama has doubled our national debt to more than $19 trillion, and growing.

Yet, what do we have to show for it? Our roads and bridges are falling apart, our airports are in Third World condition, and forty-three million Americans are on food stamps.

Even during Obama’s so-called “economic recovery”, the middle class has continued to shrink.  Right now, 62 percent of all Americans have less than $1,000 in savings, and millions upon millions of ordinary families find themselves desperately clawing and scratching as they try to survive from month to month.

One very frustrated mother recently shared her feelings about her family’s ongoing financial struggles on scarymommy.com…

I’m tired of my stomach flipping inside when my son mentions he’d like to take a computer class after school. Or when my other son wants to enroll in swim lessons, take an art class, or buy a new bicycle. I’m tired of wondering where on earth we’ll come up with the cash for our children to pursue their interests.

I’m tired of never, ever going on vacations that don’t involve someone flying us out to see them or crashing at someone’s house for free.

I’m tired of wondering how on earth we’ll be able to send our kids to college.

I’m tired of renting, and the almost certain feeling I have that we’ll never be able to afford to buy a house.

I’m tired of having to pretend I’m not worried about it all.

I’m tired of my kids overhearing our worries, of knowing that money is a constant struggle for us.

Before I wrap up this article, I want to share one more stunning example of America’s decline.

Under Barack Obama, corruption and incompetence has spread throughout every part of our government.  Sadly, that even includes the Secret Service.

Secret Service agents are supposed to be “the best of the best”, and they are charged with protecting our most important national leaders.

But instead of doing their jobs with seriousness and professionalism, they have been acting like wild animals.  Documents that have just been made public reveal that the Secret Service has become an absolute disgrace in recent years…

They highlight incidents in which agents had sexual encounters with underage girls, married agents took part in ‘wheels up, rings off’ parties, and a manager who sexually harassed female subordinates dubbed the National Threat Assessment Center (NTAC) the ‘Nice **** and *** Club.’

The documents contain a report about “a male agent who had his gun stolen by a male prostitute he solicited using his government computer in Puerto Rico“, and they also detail the behavior of one agency manager in particular that deserves to be immediately fired…

The report says the manager kept alcohol in his office and forced employees to drink ‘so he could trust them.’

‘He sexually harassed every female subordinate,’ the report says.

The manager would ‘publicly’ male employees: ‘Where are my little whores/*******? Have you slept with them yet?’

If this is what is happening in the Secret Service, can you imagine what is going on in other federal agencies behind closed doors?

America is a complete and total mess, and Donald Trump is completely correct when he talks about the need to make America great again.

But is that even possible, and if so, what would that look like?