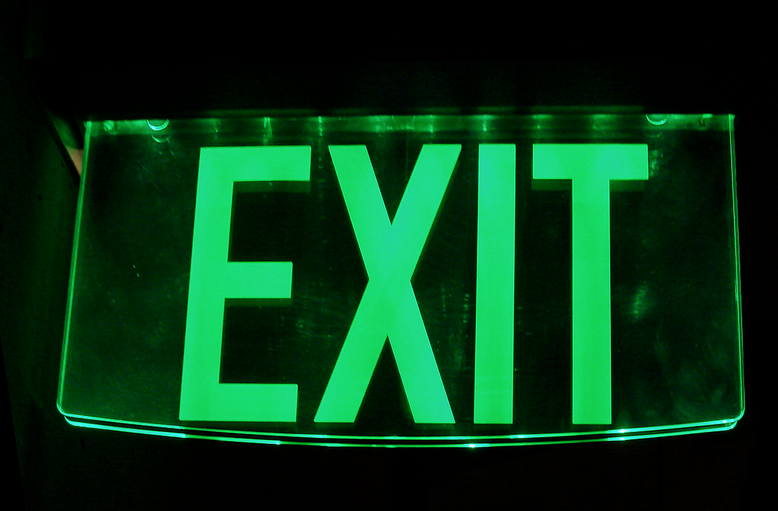 This article was written by James Holbrooks and originally published at The Anti-Media.

Editor’s Comment: It is safe to say that things are unraveling. While a good self-defense strategy is a always a good thing for individuals to think through – many politicians are now taking things to the next level. With the population sufficiently riled up to a near revolutionary point, and President Trump raising the bar for acceptable extremes in politics, many of the elected officials and appointed bureaucrats who sold the American public on a failed Obamacare plan are now fearful that they could be targeted at political events or out of control demonstrations against forced health care or any other policy. Republicans involved in repealing the legislation are also fearful, and part of the left has become violent and anarchistic.

In addition to personal body guards and considerable distance from the general public, politicians are now considering exit drills for public events including extra points of retreat in case things go too far. But when things are this far gone, no one can guarantee that violence won’t occur. It is a sign of the times, a time of revolutionary discontent. Let’s just hope someone sensible is ready to hold back the political vacuum that will occur when the establishment is uprooted. The tail can sting as sharply as the head that bites. For better or worse, everything is changing, and people in all parts of society had better prepare for the unexpected, the unstable and the potential for widespread violence and unrest.

As protests continue to break out all around the nation over President Donald Trump’s desire to scrap Obamacare, Politico reported Tuesday that many politicians are beginning to worry about their own personal safety — to the point where some are having private sessions to discuss the matter.

Citing sources who were in the room, Politico writes:

“House Republicans during a closed-door meeting Tuesday discussed how to protect themselves and their staffs from protesters storming town halls and offices in opposition to repealing Obamacare.”

Some of the suggestions, the news outlet reports, include “having a physical exit strategy at town halls, or a backdoor at congressional offices to slip out of, in case demonstrations turn violent; having local police monitor town halls; replacing any glass office-door entrances with heavy doors and deadbolts; and setting up intercoms to ensure those entering congressional offices are there for appointments, not to cause chaos.”

While protests are popping up all over, the Republicans’ private session was no doubt prompted by events that happened over the weekend. While speaking before a raucous crowd in Roseville, California, Representative Tom McClintock had to be escorted from the stage and away from the event by local police officers.

McClintock, who held town hall meetings during the politically volatile days of both the Tea Party and Occupy movements, told The Hill he’s never seen anything like it:

“This was something very different. After an hour, the incident commander for the Roseville Police Department advised us the situation was deteriorating and felt it necessary to get me out of the venue. That’s never happened before.”

“The message was: One, be careful for security purposes. Watch your back. And two, be receptive. Honor the First Amendment, engage, be friendly, be nice. Because it is toxic out there right now. Even some of the guys who have been around here a lot longer than I have, have never seen it to this level.”

Sources told Politico that the potential for violence is serious enough, in fact, that the House sergeant-at-arms has asked congressional offices to report any threat. That office is also passing out manuals on best practices to keep staffers safe.

Ironically, the backlash over the possible repeal of Obamacare that Republicans are facing now is similar to the backlash faced by Democrats years back as they were trying to force Obamacare into law.

“It’s not that you run from protesters,” Representative David Reichert of Washington said during an interview after the meeting, “but if someone presents some sort of physical threat or are espousing a verbal threat that could lead to a physical threat, if you feel that you’re in danger and your staff is in danger, call 911 and leave and go out the back door.”

In other words…run. Call the cops and run.

This article was written by James Holbrooks and originally published at The Anti-Media.