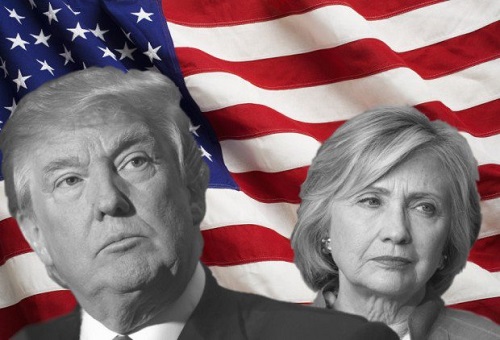 Editor’s Comment: It is as if Hillary Clinton is the fountainhead of all conspiracies. If they aren’t about her own family’s misdealings, then they consist of dug up dirt on opponents and competitors. Now, with all the “trust” Hillary has built up, her campaign is pretending that it didn’t stir that stick on a campaign to undermine Obama’s perceived ability – back at a time when he was a rival candidate and not yet the president.

The fact that Trump picked up the torch not only shows his willingness to embrace controversy, but his deep ties to the Clinton’s, with whom he socialized and donated to for many years before becoming her fiercest opponent. Now, the curious questions surrounding Obama’s birther controversy are nothing more than sticking points for the two sides in this arena. What a tangled web we weave…

Following last week’s clarification from Trump that President Obama is American-born, the mainstream media has worked hard to dispel his claims that Hillary’s team in fact started the “birther” issue. Just this morning, Hillary exclaimed that she was “appalled” that Trump had not apologized to Obama, which is ironic as McClatchy has just clarified the details on emails that show Hillary Clinton confidant Sid Blumenthal did share “birther” story tips.

It’s still one person’s word against another. While emails show that Hillary Clinton confidant Sid Blumenthal did share story tips about Barack Obama with McClatchy’s former bureau chief James Asher, the emails aren’t conclusive that Blumenthal was the source of the “birther” tip.

Asher says he recalls the conversation clearly, and a former McClatchy reporter recalls being asked to check out the birther rumors. Blumenthal denies it all.

The issue came to light Friday when Donald Trump accused Clinton of starting the “birther” conspiracy story, which alleged Obama was born in Kenya, when the two were competing for the 2008 Democratic nomination. The Clinton campaign has denied any role in the birther conspiracy. The campaign did fire one aide who talked about the issue in an email. Several fact checks have debunked Clinton’s involvement.

Trump championed the birther issue for years. Only last Friday did he acknowledge that Obama was born in the United States.

Asher said Friday and repeated on Monday that Blumenthal did spread the story to him, and that he assigned a reporter to check it out. Blumenthal, who did not have a formal role in the campaign in 2008, denies Asher’s account.

Shashank Bengali, who was the McClatchy bureau chief in Nairobi in 2008, confirmed Monday that Asher asked him to look into Obama’s background.

He said he did report on several tips as well as the false rumor that Obama was born there, and not in Hawaii. Candidates for president must be native born.

“Jim asked me to look into Obama’s ties to Kenya and sent a number of tips to check out and one of the things I looked into was the unfounded rumor that Obama was born in Kenya,” Bengali said, speaking from Afghanistan where he was on assignment for the Los Angeles Times, where he now works.

“I don’t have any specific knowledge where that tip would have come from. Jim’s instructions were just to look at everything.”

McClatchy has not been able to reach Blumenthal for comment. He worked for both President Bill Clinton and more recently for the Clintons’ charitable foundation.

He told Fox News on Saturday: “This is false. Never happened. Period. Donald Trump cannot distract from the inescapable fact that he is the one who embraced and promoted the racist birther lie and bears the responsibility for it.”

In an email in 2008, Asher forwarded to Bengali an email he had received from Blumenthal:

“Jim: On Kenya, your person in the field might look into the impact there of Obama’s public comments about his father. I’m told by State Dept officials that Obama publicly derided his father on his visit there and that was regarded as embarrassing and crossing the line by Kenyans for whom respect for elders (especially the father, especially a Muslim father, in a patrilineal society) is considered sacrosanct. Sidney”

In a statement to McClatchy on Monday, Asher said:

“Blumenthal visited the Washington Bureau of McClatchy, where he and I met in my office. During that conversation and in subsequent communications, we discussed a number of matters related to Obama. He encouraged McClatchy to do stories related to Obama and his connections to Kenya.”

Asher said that as far as the “birther” issue, he has “nothing in writing,” but that he recalls the conversation.

He has been tweeting about his accusations against Blumenthal since March. He also cited an email Monday from Bengali, who wrote: “What I remember is that you told me to look into everything about Obama’s family in Kenya. I can’t recall if we specifically discussed the birther claim, but I’m sure that was part of what I researched.”