50 Years Later: A Parasite From Vietnam Could Be KILLING Veterans 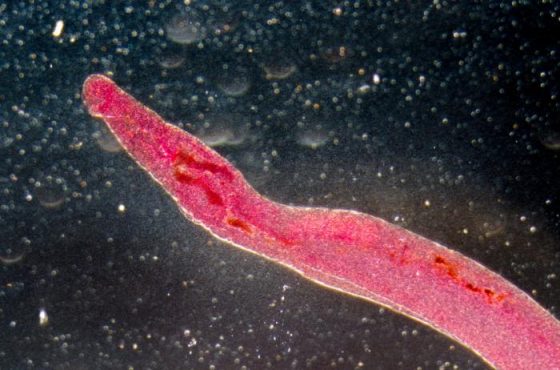 A new Veteran’s Affairs study is showing that a parasite from Vietnam could be killing veterans who fought in the war a half a century later.

Hundreds of veterans have a new reason to believe they may be dying from a silent bullet. Test results show some men may have been infected by a slow-killing parasite while fighting in the jungles of Southeast Asia. The Department of Veterans Affairs this spring commissioned a small pilot study to look into the link between liver flukes ingested through raw or undercooked fish and a rare bile duct cancer. It can take decades for symptoms to appear. By then, patients are often in tremendous pain, with just a few months to live.

According to Fox News, of the 50 blood samples submitted, more than 20 percent came back positive or bordering positive for liver fluke antibodies, said Sung-Tae Hong, the tropical medicine specialist who carried out the tests at Seoul National University in South Korea. “It was surprising,” he said, stressing the preliminary results could include false positives and that the research is ongoing.

All those who tested positive for the parasite have been notified. Gerry Wiggins, who served in Vietnam from 1968 to 1969, has already lost friends to the disease ad he was among those who got the call. “I was in a state of shock,” he said. “I didn’t think it would be me.”

The 69-year-old, who lives in Port Jefferson Station, New York, didn’t have any symptoms when he agreed to take part in the study but hoped his participation could help save lives. He immediately scheduled further tests, discovering he had two cysts on his bile duct, which had the potential to develop into cancer, known as cholangiocarcinoma. They have since been removed he’s doing well.

But other veterans have already succumbed to the parasite’s cancer-causing effects. Endemic in the rivers of Vietnam, the worms can easily be wiped out with a handful of pills early on, but left untreated they can live for decades without making their hosts sick. Over time, swelling and inflammation of the bile duct can lead to cancer. The symptoms, which include jaundice, itchy skin, and weight loss only when the disease is in its final stages.

The VA suggests that veterans who ingested undercooked or raw fish while serving in Vietnam should get tested for fluke, and have their liver examined by a medical professional.