Citi Bank Warns of Unmitigated Global Instability: “This Sucker Is Going Down” 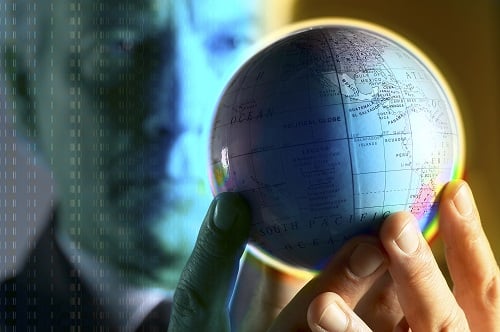 Editor’s Comment: In case you haven’t noticed, the economy continues to drag on at or near the breaking point, and all the big institutions are fully aware and even warning about it. If they can’t be proven to be part of engineering it, then they are certainly capitalizing on the farcical vulnerabilities of this illusory/usury system and preparing to short the market – which has proven to be little more than a synthetic financial atmosphere that is run off of Fed notes from the top down.

Worse, many of the biggest entities are poised to trample underfoot when the music stops, which means the masses will be even more under the yoke of the most centralized and massive bureaucracy history has ever recorded. The foretold “Third Wave,” warned about by Goldman Sachs, seems to be coming.

As a result of the dramatic surge in the S&P500 from its February lows, which erased the worst ever start to a year, and nearly regained the all time highs in the US stock market on a combination of a central bank scramble to reflate, the “Shanghai Accord”, and the most violent short squeeze in history, coupled with a historic credit injection by China which as we first reported amounted to a record $1 trillion in just the first three months of the year…

… economists have shelved discussions about the threat of a US recession.

That is a mistake.

According to Citi, the Q1 2016 stabilization in Chinese, EM and global growth looks fragile and is likely to be temporary. In other words, nothing has been fixed. In fact, Citi goes on to say precisely that:

In particular, none of the structural headwinds that seem to have plagued the global economy in recent years (a mix of excessive indebtedness, deteriorating demographics, rising political uncertainty as well as the end of the China growth miracle and the commodity supercycle) have been resolved.

Looking forward, these are the four key risks that keep Citi up at night “in the near term.”

But what may be the biggest concern to Citi is that the credibility – and ability – of central banks, to effectively prop up the system is now openly in question:

The recent IMF-World Bank Spring Meetings made clear that the perceived reduction in global recession risk was greeted with a major sigh of relief from policymakers around the world. This is in at least part because it may not be straightforward to come up with an appropriate policy response in the event of a major downturn. Of course, there are still various options for stimulus in most economies. On the monetary side, the ECB highlighted that a pivot towards more domestically-oriented easing (including credit easing implemented through purchases of corporate bonds and subsidized (negative interest rate) loans to banks) is possible; the BoJ has shown that purchases of equity ETFs and REITs are among the tools of policymakers; and for both the BoJ and ECB, there is probably some more room to lower policy rates (including offering (more) negative interest rates on loans to banks) and to increase purchases of public assets. Yet it is almost universally acknowledged that the incremental boost to demand from monetary stimulus is diminishing and the side-effects (including political side-effects) may be rising.

If monetary options are limited, the obvious alternatives would be stronger fiscal or quasi-fiscal support or, indeed, the much-heralded ‘three-pronged strategy’ of combining monetary and fiscal stimulus with structural reforms. But even though, at least in the advanced economies, fiscal policy is slowly and gradually turning less procyclical and more supportive of economic activity, hurdles (legal, ideological, political or reflecting (lack of) fiscal space) to timely and sizable fiscal stimulus remain relatively high in most economies. Meanwhile, prospects of structural reform remain rather limited across both DMs and EMs. The limited likelihood of effective policy stimulus in the event of a downturn therefore adds to the potential fragility of the recent more positive developments in financial markets and real activity, if sentiment (business, consumer or financial market) were to turn more pessimistic again and /or if one or more of the adverse contingencies listed above were to materialize.

Which is ironic, because now that asset prices and thus the market is the only real mandate of the Fed, the moment there is an uncontrolled drop in the S&P500 or any other global market, is when the global central bank put will finally be put to the test, and if Citi is right, it will be exposed as the bluff it was all along.

Which incidentally explains why the SF Fed’s John Williams just two days ago explained what he thinks may be the biggest systemic risk factor: dropping asset prices. From Reuters:

San Francisco Federal Reserve President John Williams reiterated Monday his view that the U.S. economy is ready for higher interest rates, but flagged the risk of broad-based declines in asset prices as a result.

Speaking at a panel on systemic risk at the Milken Institute Global Conference, Williams said the biggest systemic financial risk currently is the possibility that “broad sets of assets are going to see big movements downward” as interest rates rise. “That’s an area that I think is a potential risk.”

Ignoring the insanity that the Fed now has to warn that a market selloff is a “systemic risk“, it also exposes not only the weakest link in the modern financial system, namely artificially inflated prices, but by definition confirms that just like in China where having a bearish opinion is now officially prohibited, it reveals that the market is only where it is due to constant and unrelenting central bank intervention, something “conspiracy theory” fringe blogs have been saying for nearly a decade.

For those wondering how to trade this, we unfortunately have no advice: because if one is buying puts on expectations of the Fed losing control, we have bad news: the market will simply be shut down and all capital flows will be halted indefinitely before true price discovery is allowed. As such those hoping to be paid when all central bank control is lost will be disappointed. It is also why none other than JPM warned last Thursday that the best option is not to bet on financial assets, either long or short, but to move into physical assets among which, JPMorgan listed, gold.

This article was written by Tyler Durden and graciously contributed by Zero Hedge – an alt media outlet that arguably now rivals the influence of the Wall Street Journal and Bloomberg on economic news.