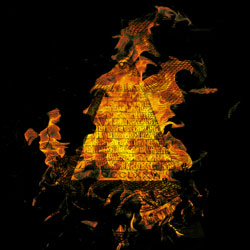 Despite the recent drops in gold and silver from their all-time highs just a few years ago, the fundamentals for owning precious metals as long-term investments have never been better.

From a monetary perspective, governments around the world, especially in the West, have been printing money like there’s no tomorrow. This bodes well for precious metals strictly from the standpoint of currency debasement. As more paper dollars and euros are printed, the value of physical assets, especially gold and silver, will continue to rise.

Investors understand that this continued printing by central banks is a result of failed economic policies on a global scale. And when economic policies fail and nations are crushed under massive debt levels it often leads to political destablization and civil unrest. We’ve already seen such events play out in recent years in what some refer to as ‘periphery’ nations such as Greece, Spain, Ireland, and Iceland. In all cases, as angry citizens of those countries took to the streets in protest, the price of precious metals rose precipitously.

As Crush The Street explains in the following update on silver and precious metals, the aforementioned factors combined with production shortages and increased demand around the globe, suggest that silver and gold remain solid investments going forward.

Simply put, the silver shorts will be squeezed due to the real physical silver shortage that is upon us.

When this happens all hell will break loose in both the paper and physical precious metal markets.

Your opportunity is to own silver today… for less than the cost an actual mining company can even produce it for.

This investment is not an ‘if’ question, but a ‘when’ question.

The manipulation in the gold and silver markets is rampant. That major banks and investment firms are working side-by-side with central bankers to keep the prices suppressed has been documented time and again.

But like the machinations taking place in stock markets and the economy, the manipulations can old go on for so long before nature takes its course. When all hell does finally break loose, it won’t just be in precious metals markets. We’ll see widespread financial, economic and political upheaval all over the globe.

It is at precisely this moment that you’ll want to own physical assets that would include long-term emergency supplies like food (in case of a monetary event that wipes out our ability to exchange paper currency for necessities), productive land (on which to produce necessary commodities for trade), and precious metals (with which you’ll  be able preserve wealth and trade for other assets when the time is right).