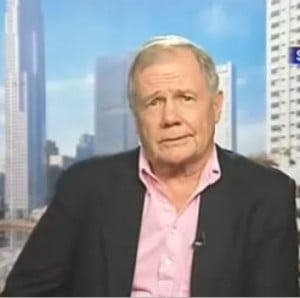 Jim Rogers, of Rogers Holdings LLC, is well known for his part in driving the Quantum Fund to gains of 4200% during the recession of the 1970’s. He appears on Indian TV on February 25, 2009 with an excellent analysis of the state of the global marketplace, bullish and bearish investment plays, and warnings of social meltdown in some parts of the world. With equities markets in the US getting hammered for the last 12 months, uncertainty in the US dollar’s future, and even international markets feeling the pain, it is a challenging environment for many investors. (Video Interview Below)

The US is going to have its worst economic times probably since the 1930’s.

On recent comments from mainstream analysts and Ben Bernake about recovery in the second half of 2009 / early 2010:

the consensus has been totally dead wrong about this and continues to be dead wrong.

As Gerald Celente pointed out, we are heading into an event that is like nothing we have ever seen before in our life time. Even Peter Schiff, who has generally stayed away from making dire predictions seems to be in agreement. It is difficult to imagine how we can pull out of this mess by the end of the year when we continue to lose 600,000 jobs every month, commercial real estate is about to collapse and the government just added Trillions of dollars to our national debt.

The very fact that people constantly say to me “aren’t you buying” and “what should I buy” let’s me know people do not quite yet understand what is happening in the world in 2009.

While I agree with Jim Rogers on this for the most part, some ETF’s, especially those of hard asset producers in agriculture, energy and mining look attractive right now. Just to be safe, though, a dollar-cost-averaging strategy may be the best way to acquire these assets.

The only sector that I know where fundamentals are improving are commodities.

Many farmers in the world cannot get loans for fertilizers right now. The inventories of food are the lowest in 50 years.

Nobody can get a loan to open a mine.

Oil reserves are declining around the world at a fairly rapid rate.

If you need to own something, I would suggest you learn about owning commodities and selling stocks short.

In addition to lending facilities evaporating for farmers and miners, consider other problems that may contribute to supply problems in commodities like droughts and government intervention.

The question for Jim Rogers is, How Bad is it actually going to get?

I expect to see social unrest, civil unrest, in the United States a couple years from now.

There is a dramatic sea change taking place. The world’s center is shifting from the West to the East, to Asia.

You’re going to see a lot of turmoil in the United States in the next 3 to 5 years.

It’s very clear that these people in Washington have no clue, zero understanding of what’s going on. sS, I’ve started selling short again Â in the United States. As I’m doing it, I’m long commodities and short finance for the most part.

I still own myÂ US dollars, I do plan to get out of US dollars some time this year. I’ve gotten out of some. But no, I still have my dollars because it seems the short covering rally – it’s an artificial rally – people are being forced to cover their short in the US dollar and they are huge short positions. I won’t get the timing right, but I’m going to try to get out some time this year.

There is social unrest in China and you’ll see more going forward. Any part of the Chinese economy that deals with the West, especially retail for instance,Â knows something’s wrong right now.

Some parts of the Chinese economy and Indian economy are going to do extremely well going forward. But for the most part you’re going to have problems.

Jim Rogers pretty much lays it out in this quote. If you want to preserve your wealth for the long-term, start looking at investing in, and moving to, Asia, or countries with economies that will service the big Asian countries.

When asked about India, Mr. Rogers’ response may have surprised the hosts a little:

If you think that India, internally, has enough savings and investing to come out of all of this, then some partsÂ  of India will come out very well.

I don’t see it that way in India. You have a government that’s not terribly pro-business or pro making money. They don’t particularly like people who make money in India – most of your politicians there. I don’t see it.