YOUR FIRST KILL: SILVER BRINGS DOWN THE HOUSE! 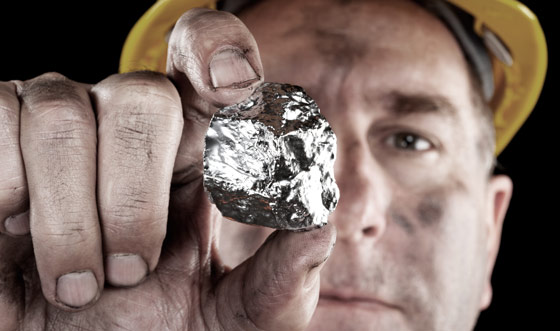 Lior Gantz of Wealth Research Group CALLED IT! For over a year, he’s been coming ON OUR SHOW and predicting GOLD and SILVER will deliver huge gains! Check his ACCURATE PREDICTIONS, HERE!

We also want to bring you his work TODAY:

We called it TO THE DAY!

This past Sunday, we issued an alert, titled “VERGE OF BREAKOUT” and in the options market, we made a BLOODY FORTUNE!

We are going into a period together that will be PASSED ON to your children, grandchildren, and HUNG ON WALLS in your house!

The money that these mining stocks are delivering for us is incredible and the SECOND HALF of the year will be more epic than anything you’ve ever experienced!

When I was fifteen years old, I began watching MOTOGP racing. At that time, in 1999, a legend in the making was doing his magic for the first time. Italian rider Valentino Rossi was just beginning to show his UNCANNY ABILITY to win races and world championships.

I soon began watching Formula 1 as well, where a German driver named Michael Schumacher was also RISING TO STARDOM.

Both of these professionals were at the top of their games. Being a world-class motorcycle rider or a Formula 1 driver is likened to being a COMBAT SOLDIER on the front lines.

These are sporting professions that show no mercy towards LACK OF CONVICTION, diminished focus, or faltering concentration, even for a SPLIT SECOND.

At their speeds, any WRONG MOVE is going to cost the person behind the wheel much more than his rank in the overall standings – it can cost him even his life.

On May 1st, 1994 in San Marino, Ayrton Senna, a Brazilian hero and national symbol of what a great personality is, approached the Tamburello corner, a HIGH-SPEED curve that drivers took at UNREAL SPEEDS. Senna was already a global super-athlete, with world championships under his belt. He was a Formula 1 hero well before Schumacher became famous.

These F1 cars are built like fighter jets, only IN REVERSE. While F-15s are designed, from an aerodynamic perspective, to achieve optimal lift, the Formula 1 machines are constructed for MAXIMUM DOWNFORCE. The manufacturer wants to make sure the car is glued to the track, using Bernoulli’s principles of aerodynamics.

The gap between the car and the track is measured in millimeters, so when Senna was coming into Tamburello, for a split second, the back of the car touched the road, preventing AIRFLOW beneath the car, thus losing its grip altogether. It was almost taking flight.

Senna, the most gifted driver in the world at the time, sensed it in one-tenth of a second. He IMMEDIATELY PRESSED the brakes, but was destined to hit the wall.

Unfortunately, the PRECISE ANGLE at which the impact occurred caused the front right tire to break loose, hitting Senna in the face, along with another metal piece. He was basically dead, right then and there, but the medical team fought for hours at the hospital to pull off the impossible and save him somehow.

There are very few professionals who are willing to give their lives, GIVE THEIR ALL, in order to achieve something extraordinary.

The U.S. banking system will CRAWL THROUGH MUD, jump through rings of fire, walk on hot coals, lie on national TV, and change the rule book so that the American economy won’t fall apart. It’s REFLATE or DIE, as I said and this exact mentality is what has brought us MAJOR GAINS with precious metals and with mining stocks for over a year!

Their determination IS LIMITLESS.

The Federal Reserve’s balance sheet is not CLOSE TO its FULL POTENTIAL. It will expand and reach next to HALF OF the fixed-income industry!

In the past four-and-a-half years, I’ve been focused like a Formula 1 driver on publishing our newsletter and EVERYTHING IS COMING TOGETHER right now, with precious metals at their best relative performance, since we began to educate about them in early 2016!

I need you to be SUPER-FOCUSED right now; the stakes are high and HUGE GAINS are being made.
The entire world of managed money grew up on the idea of 60/40 portfolios.

If 40% of your portfolio, as a manager of pension funds, YIELDS NOTHING (because government bonds generate no return on interest) and you have an aging demographic in the U.S. and Europe, then you can reason that some of the 40% allocation will not remain in bonds. It will go into stocks and into commodities.

During the Covid-19 crisis, we issued two LIMIT ORDER reports, which I’ve personally traded in accordance with, accessible HERE and HERE. All one had to do was HIS OWN RESEARCH, and follow the limit orders. We’re up on American Express (AXP) as much as 44% and currently, 21.7%; as much as 51% on Stanley, Black & Decker (SWK); around 36% on Leggett & Platt (LEG); about 33% on Cincinnati Financial Corp (CINF), and we’re working on a NEW WATCH LIST now!

2020 will continue to be an epic investment year.

The dollar is on the verge of a big move down – MAJOR UPDATES on our gold and silver stocks coming shortly!