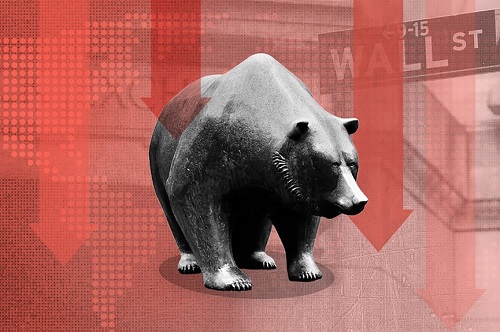 Yesterday’s stock prices plunged spurring talks of a panic and comeuppance for the nearly 10-year old bull market. The sudden 832 point drop in the Dow set people on edge, and here’s why it happened seemingly out of nowhere.

While there’s never a perfect answer to explain how the market can just turn on a dime with a big decline in popular technology stocks, financial pros are attempting to make some sense of the worst day for the Dow since February, reported USA Today.

The basic simple explanation appears to be that interest rates hikes and the ongoing trade war are sparking the fears. The 10-year Treasury note’s key rate impacts the pricing on things ranging from fixed-rate mortgages to stocks to virtually every financial asset on the planet and it recently climbed above 3.25 percent for the first time since May 2011. When you couple the threat of higher borrowing costs on things like houses and cars and corporate debt to the economic obstacles caused by the U.S. trade war with China, all it takes is a second of weakness to set a major sell-off in motion.

Market investors are currently fearing the higher rates, which will bump up the cost of loans ensuring consumers have less disposable income in the very near future. Plus, with the costs of goods and services on the rise because of the tariffs imposed on imported Chinese goods, it won’t take long for the average American to feel the pinch, let alone investors.

“These developments are telling us that the investment environment has become riskier,” says Ed Yardeni, chief investment strategist at Yardeni Research. “Fear is rising,” says David Kotok, chief investment officer at Cumberland Advisors in Sarasota, Florida, according to USA Today. “Investors are getting a wake-up call.”  Kotok went as far as to predict that a full-fledged market “correction,” or a drop of 10 percent, is underway. After its drop of more than 3 percent Wednesday, the broad U.S. market, as measured by the Standard & Poor’s 500, is now 4.9 percent off its September 20 record high.

The major worry weighing on stocks is that economic growth will slow if borrowing costs continue to spike, analysts say. Economic growth has no option but to slow should rising prices and rising borrowing costs persist.  “The markets are flushing out (economic) slowdowns to come” around the globe, says Gary Kaltbaum, president of the money-management firm Katlbaum Asset Management.

Another reason why the stock market struggles, is that some investors, reacting to negative earnings commentary from some companies, are unwilling to hold stocks in case results come in worse than expected, says Paul Hickey, co-founder of Bespoke Investment Group in New York.