Will A Dark Omen On Election Day Be A Sign That The United States “Is On The Eve Of Destruction”? 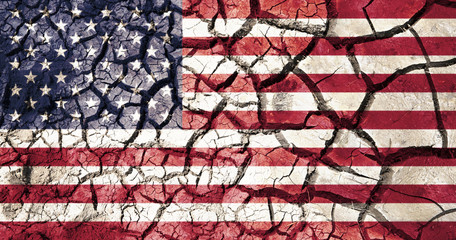 The level of anger that we are witnessing all over the United States right now is extremely alarming.  Millions of voters on both the left and the right are filled with rage, and I have never seen this country more bitterly divided than it is at this moment.

Interestingly, survey after survey has found that the economy is the number one issue that voters are concerned about.  Our once great economic machine is coming apart at the seams, and the cost of living has become extremely oppressive.  But to be honest, for now, the economy is still relatively stable.  So how angry will Americans be once the wheels start coming off and economic conditions really start deteriorating very rapidly?

As I write this article, we are a nation that is teetering on the brink of widespread civil unrest.  As NBC News has noted, candidates from both major political parties “have been physically attacked” in recent weeks…

Armed men in masks and tactical gear have shown up at secure ballot drop boxes. Candidates of both parties have been physically attacked, election workers intimidated. And threats against members of Congress are up tenfold.

For many voters, a vicious spiral of violence and fear is creating angst, paranoia and an overwhelming sense of dread that the nation is on the eve of destruction, according to a growing body of public opinion research.

I found it very interesting that NBC News acknowledged that there is “an overwhelming sense of dread that the nation is on the eve of destruction”.

It is not often that we get such a truthful admission from the mainstream media.

Nobody can claim that the mood in this country is “good” right now.  In fact, one recent survey found that two-thirds of all Americans believe that the U.S. “is at its lowest point in their memory”…

Two-thirds of Americans say the country is at its lowest point in their memory, and more than a quarter report being so stressed they can’t function most days, according to a recent survey commissioned by the American Psychological Association in which more than three-quarters said the future of the country was a significant source of stress in their lives.

For millions of Americans, the struggle for survival from month to month is the biggest reason why they are so stressed.

One 31-year-old woman named Cashe Lewis often works “16 hours a day”, she is now looking for a third job, and she is literally selling her blood so that she can afford to buy food…

Cashe Lewis, 31, of Denver, Colorado works two jobs and is currently trying to find a third job to cover the recent $200 monthly rent increase to her apartment. She works days as a barista at Starbucks, but claims it’s been difficult to get enough hours even with taking extra shifts whenever she can due to scheduling cuts as part of the crackdown on union organizing by management.

At night she works at a convenience store because the hours are reliable, and works six days a week, often 16 hours a day.

“I’m exhausted all the time,” said Lewis. “On the one day I have off a week, I donate plasma for extra money. I’m literally selling my blood to eat because I have no choice.”

These days, a lot of Americans are “exhausted all the time”, but just about everything that our leaders do to fix our problems ends up making them even worse.

Yet another major survey has just discovered that the economy is the most important issue to U.S. voters, and I think that the election results will clearly reflect that sentiment.

It is likely that the Republicans will control at least one house of Congress after these midterm elections, and that means that there will be gridlock in Washington for at least the next two years.

And it is also likely that both sides of the political spectrum will only get even angrier as we approach 2024.

Interestingly, at this precise moment we are going to see a blood moon on an election day in the United States for the very first time in our history.  The total lunar eclipse that is about to happen will be visible on four different continents…

Skywatchers on four continents will have the chance next week to catch the last total lunar eclipse for three years.

The eclipse will occur Tuesday, with the moon set to turn blood red as it slips into Earth’s shadow. The celestial show will be visible to viewers in North and Central America, Asia, Australia, the Pacific Islands and parts of South America.

Many consider a “blood moon” to be a very bad omen.

Could it be possible that this is a sign that we really are “on the eve of destruction” as NBC News has suggested?

During the next week or so, keep a sharp eye on the night sky for the possibility of catching sight of an outstandingly bright meteor, for there’s a chance that Earth will encounter a swarm of unusually large particles capable of generating some eye-catching really brilliant fireballs, the kind that make the unsuspecting public call the police.

Every year about this time, the Earth passes through a broad stream of debris left by the periodic comet Encke. The dusty material associated with this comet hits the Earth’s atmosphere at approximately 19 miles (30 km) per second and burns up, creating the Taurid meteor shower.

In the end, these “signs in the heavens” may not mean anything at all.

But without a doubt, we are a country that is teetering on the edge.  Earlier today, I came across a story about a 21-year-old man that literally threatened to skin one Republican politician while he was still alive…

A Chicago man has been arrested and charged after authorities say he left threatening voicemails for a Republican gubernatorial candidate.

Scott Lennox, 21, said in one message that he was going “to skin Darren Bailey alive” after killing the candidate’s family, according to a filing from the Cook County State’s Attorney’s Office that was obtained by The Epoch Times.

“He better kill himself and if he doesn’t, I am going to kill him,” Lennox said.

It is definitely a very dangerous time to be a politician in America.

On Sunday alone, there was a bomb scare that stopped voting in New York City, and police in Arizona were investigating “envelopes containing white powder” that showed up at Kari Lake’s campaign office…

Amid the campaigning, two incidents added to the tension on Sunday, one in Manhattan and one in Phoenix.

A bomb scare at an early voting site in East Harlem temporarily stopped voting, though NYPD said the threat was not related to the election. Voting resumed after a brief delay.

In Phoenix, law enforcement on was investigating after envelopes containing white powder arrived at the campaign office of GOP gubernatorial candidate Kari Lake.

We truly are a nation that is descending into chaos.

But if you think that things are bad now, just wait until you see what is ahead.

No matter what the results of this election are, the divisions that are plaguing this country are only going to get deeper and deeper.

A house divided against itself will surely fall, and we appear to be headed into times that will literally rip our national unity to shreds.

About the Author: My name is Michael and my brand new book entitled “End Times” is now available on Amazon.com.  In addition to my new book, I have written six other books that are available on Amazon.com including “7 Year Apocalypse”, “Lost Prophecies Of The Future Of America”, “The Beginning Of The End”, and “Living A Life That Really Matters”. (#CommissionsEarned)  When you purchase any of these books you help to support the work that I am doing, and one way that you can really help is by sending digital copies as gifts through Amazon to family and friends.  Time is short, and I need help getting these warnings into the hands of as many people as possible.  I have published thousands of articles on The Economic Collapse Blog, End Of The American Dream, and The Most Important News, and the articles that I publish on those sites are republished on dozens of other prominent websites all over the globe.  I always freely and happily allow others to republish my articles on their own websites, but I also ask that they include this “About the Author” section with each article.  The material contained in this article is for general information purposes only, and readers should consult licensed professionals before making any legal, business, financial, or health decisions.  I encourage you to follow me on social media on Facebook and Twitter, and anyway that you can share these articles with others is definitely a great help.  These are such troubled times, and people need hope.  John 3:16 tells us about the hope that God has given us through Jesus Christ: “For God so loved the world, that he gave his only begotten Son, that whosoever believeth in him should not perish, but have everlasting life.”  If you have not already done so, I strongly urge you to invite Jesus Christ to be your Lord and Savior today.