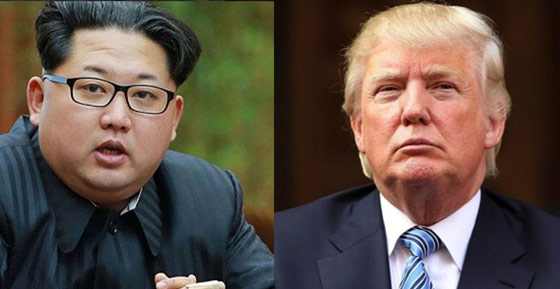 As everyone has undoubtedly witnessed over the past several weeks, the saber-rattling with North Korea, China, and the U.S. has intensified, and actions are being taken.  The THAAD missile defense system is being emplaced by the U.S. in South Korea.  The Japanese have been threatening to take matters into their own hands and conduct a first strike against North Korea.  The North Koreans for their part have been testing and launching medium-range ballistic missiles all this year.  The problem is twofold: North Korea has a dictator who perceives that he may very well soon be “deposed,” and the U.S. and its allies are shrinking the theatre and backing North Korea into a corner.

“Death Ground,” as referred to by Sun Tzu in his classic work “The Art of War” is the condition where no alternative is left to an enemy…either he fights his way out of the situation, or he dies.  He is left with no avenue of escape or withdrawal (retreat).  All passages are blocked, and the beleaguering force is moving in.  He either fights to the death and wins, or remains in place and dies.  This condition is referred to as one for a general or commander to avoid at all costs, as the beleaguered have nothing to lose and the situation can spur them on to heroics that may very well reverse the course of the engagement.

This is the situation that is being created in North Korea now.  With Quaddaffi, things were a lot simpler: Libya had no nuclear weapons.  North Korea does have nuclear weapons.  Kim Jong-Un has declared repeatedly through his state-run media that North Korea will strike first if it perceives the U.S. and its allies in the region to be preparing for an invasion or a regime change.  People such as this man do not step down or bow out: the game must be played out to the end.

China has also been waiting in the wings to become involved.  At first the rhetoric was denouncing and disparaging of Un’s activities, publicly disagreeing with North Korean missile launches.  This was all for show.  China has enabled North Korea to continue along this path with repeated vetoes in the UN Security Council meetings: vetoes that have helped protect and insulate North Korea from sanctions and oversight.

The reality of the situation is the U.S. desires a regime change, and by securing such and “reigning North Korea in,” either by capitulation or conquest, the U.S. sphere of influence in the area is increased.  Naturally, the Chinese and Russians see it as an encroachment into their spheres of influence.

A tremendous amount of ambiguity exists about North Korea’s current capabilities.  The U.S. Secretary of Defense believes that we are heading in the direction of war with North Korea being more of a likelihood than just a possibility.  The danger in this lies in the fact that the true capabilities of North Korea are unknown and nebulous.  Just because those capabilities are disparaged doesn’t mean that North Korea doesn’t have them.  The UK Daily Mail put out a very comprehensive piece recently outlining the details to the potential for a major conflict to sprout there.  The article gives an “info graphic” that diagrams and lists the various capabilities of the nations involved.  One part is cited from that graphic here:

“North Korea is believed to have nuclear warheads with explosive power of up to 40 kilotonnes each – over twice that of the Hiroshima bomb.  It’s believed all four missiles shown (right) could carry at least one device.  At present there is no conclusive evidence to suggest North Korea has produced a nuclear warhead or bomb capable of being delivered by these systems.”

Note the language in the last sentence of the cited paragraph: “…no conclusive evidence…”

What evidence is needed, a glowing crater that used to be a city?  The true experts all point to mounting evidence that North Korea can do exactly what it has said it can do.  Dr. Peter V. Pry, the foremost expert in the U.S. on the EMP (Electromagnetic Pulse) threat posed by other nations has stated that North Korea indeed has miniaturized a nuclear weapon.  Last September (as outlined in earlier articles) North Korea conducted a nuclear test that registered a 5.3 on the Richter scale and with an estimated strength between 20-30 kilotons.  North Korea also has two satellites in orbit that pass over the United States several times each day.  It is unknown if the satellites carry any type of miniaturized nuclear device.

The recent assassination of Un’s half-brother was made to appear to be a bungling murder, when in fact is was a very carefully-contrived and sophisticated operation made to appear amateurish to hide the signature of Western intelligence services.  If he feels completely cornered and has nothing to lose, Un will take the risk.  Meanwhile relations with Russia are on “hold” and they are steadily deteriorating with China.  This flash point may be the catalyst to start a major conflict both in and out of the region.

Regarding that previous test, the server for a firm that monitors North Korean nuclear activity with satellites had a complete shutdown of all their equipment for processing the satellite information.  That shutdown was a hack that occurred about 36 hours before the North Korean nuclear test.  If they were sophisticated enough to do that prior to their test, think what they could do if they wished to carry out an actual strike, in the theatre or outside of it.  Better to err on the side of caution and overestimate a potential enemy’s capabilities than to underestimate it and lose thousands, maybe even millions of lives.

“A preemptive nuclear strike is not something the US has a monopoly on… If we see that the US would do it to us, we would do it first… We have the technology.”

This article may be republished or excerpted with proper attribution to the author and a link to www.SHTFplan.com

How To Prepare For a Nuclear Strike Or EMP

No One Is Taking The North Korean Nuclear Threat Seriously: “Could Easily Drag A Half Dozen Nations Into The Conflict”