When The Economy Collapses The Government Will Implode : “The Support Mechanisms On Which We Depend Will Break Down” 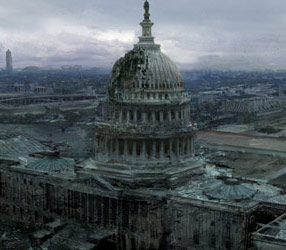 For twenty years Micheal Rivero of What Really Happened has been exposing the lies and corruption emanating from the Federal government, Wall street bankers, and big business.

In his latest interview with Crush The Street he sounds one of his most dire warnings yet:

“When the economy implodes here in the United States it’s probably going to take the Federal government with it.”

The implications, as Rivero notes in the following must-see video, are such that the entire system upon which we depend for essential services will completely fall apart. That means access to food, basic supplies and even your bank account will become next to impossible:

The Federal government has become trapped by its own web of mendacity. They have been lying to the American people so long they have to go on lying.

While a nearly unfathomable thought for most Americans, a complete breakdown of the Federal government and the services tens of millions of Americans depend on is a real possibility and one that has been proven time and again throughout history, especially during times of economic, financial and monetary disruption.

Rivero urges vigilance and contingency planning because like we saw when the Soviet Union fell, such a breakdown could last many months:

Everybody needs to be prepared to have the support mechanism upon which they depend now to break down… storable food, water, that kind of thing.

We’re already hearing talk about capital controls if the economy starts to go down… the laws are already in place where the bankers can help themselves to the money in your checking accounts… You should have no more money in the banks than you need to cover your immediate obligations because all of it is exposed.

You should be investing in silver and gold…

All the losses are going to be dropped on the American people.

You can visit Mike Rivero’s web site at WhatReallyHappened.com.

For more interviews and commentary like the video you just watched visit CrushTheStreet.com and sign up for the free newsletter.