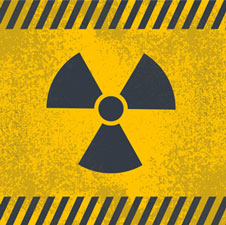 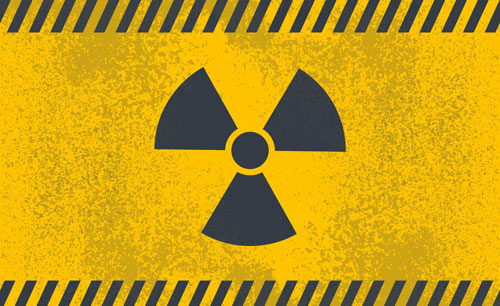 We have covered some bases on the EMP (Electromagnetic Pulse) and how to prepare the home and supplies against it.  One of the major problems with the EMP is not just what will not work regarding unshielded equipment, but what will happen when certain things do not run anymore.  What I’m referring to the real danger of nuclear power plants throughout the United States.  Not only will there be a shortage of power, but there will be a larger problem: radiation.

A large percentage of electricity goes into maintaining and cooling the spent fuel rods in a nuclear power plant installation.  A prime example is a Nuclear Facility that may have one working (running) reactor and two that are shut down with spent fuel rods.  This is not uncommon to find.  Now, follow the reasoning: when the primary power shuts down and the backup is rendered inoperable, how is coolant water to be pumped to cool the spent fuel rods?

We saw what happened with Fukushima, and most of us remember the horror story that almost emerged with Three Mile Island nuclear power facility in Harrisburg, PA.  The reason this is being mentioned here is that these things need to be taken into account with regard to your preparations.  What good is it to make it through the initial nuclear attack when the attack renders your nearest nuclear power facility a ticking time bomb regarding spent fuel rods?

Advanced Tactical Gas Mask – Are You Ready for a Nuclear, Biological or Chemical Disaster? (Ad)

I strongly recommend reading Cresson Kearney’s materials (downloadable for free) on Nuclear War Survival.  You will learn about doses and dosimeters, rads and fallout.  You will receive the plans on how to construct your own Kearney Fallout Meter from household materials.  The series contains a wealth of information that you can burn off…information that may save your life.

There was an interesting movie entitled “Olympus Has Fallen” starring Gerald Butler.  The premise revolved around terrorists wishing to turn the tables and utilize all of the US nuclear sites against itself…missiles, reactors, and what not.  This is not far-fetched.  A good thing to research would be the proximity of the nuclear sites to your home.  This photo comes from the International Nuclear Safety Center, and I think it substantiates my concerns.

You can see by the photo that the largest concentration of nuclear power facilities is located in the Northeast and the Great Lakes regions of the United States.  Localize these facilities in your home state and you can then conduct the kind of research you need that will help protect you.  There are some questions you should ask.  What are the containment procedures in case of a power loss?  How much material is being stored in the facility?  What are all your distances of the facility from your home, where you and your family work and go to school, etc.  What routes would you use should the unthinkable actually occur?

You may wish to consider a good fallout meter (also known as a radiological survey meter, or Geiger counter), along with dosimeters and other cumulative radiation monitors.  The Nukalert monitor will actually let out a “chirping” noise when you come into a nuclear-irradiated area.  There are also hazmat suits/NBC suits that you may purchase.  As in all dangers and disasters, there are a certain amount of things that are out of your control; however, there are also many things you can do to prepare for them.  Research and planning is crucial in your preparations, and I highly recommend studying your area for as much information as you can find regarding this important topic.  Have a good day, and keep up the good work!