What Could Possibly Go Wrong? DHS Is Compiling A Database Of Journalists And ‘Media Influencers’ 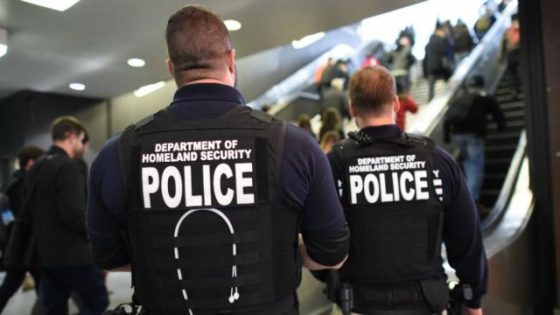 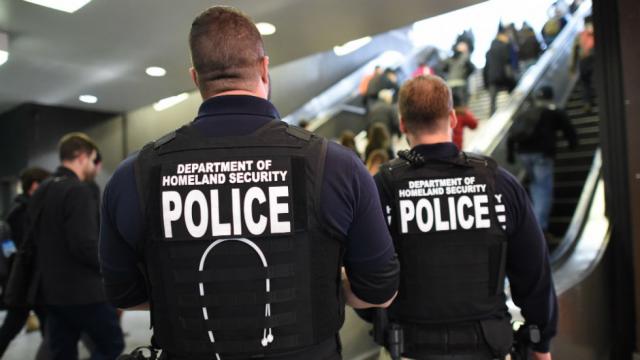 Not only are self-defense rights, free speech, and freedom of religion are under attack in the United States. The government has now decided to also battle the freedom of the press and has enlisted the Department of Homeland Security to help them in their quest to squash liberty.

It could be because not all media outlets tow the line and promote the government as their religious supreme deity. Or it could just be that there will be an attempt to hush those who speak out against the government. Or the new database could just list those involved in media and journalism and mean nothing. And if you believe that last one, we’ve got some beach front property in Wyoming to sell you.

Every day, journalists face serious consequences including physical violence, imprisonment and death. A few days ago, the Committee to Protect Journalists launched its annual Free The Press campaign to raise awareness about imprisoned journalists throughout the world. On May 3, UNESCO will once again mark “World Press Freedom Day“to inform citizens of violations of press freedom — a reminder that in dozens of countries around the world, publications are censored, fined, suspended and closed down, while journalists, editors and publishers are harassed, attacked, detained and even murdered.” –Forbes

But that’s all beginning now, here, in the “land of the free.” Last week, SHTFPlan interviewed Sarah Leach who was detained without charges for survivalist posts on her own Facebook page. But we are expected to believe that DHS has no nefarious reasoning for compiling a list of all journalists, bloggers, podcasters, or as they like to call them: “media influencers”?

FedBizOpps.gov posted a relatively benign-sounding subject: “Media Monitoring Services” by DHS. Of course, the government always makes basic human rights violations sound benign when we all know they are anything but. The details of the attached Statement of Work outline a plan to gather and monitor the public activities of media professionals and influencers and are enough to cause nightmares of constitutional and basic fundamental human rights proportions, particularly as the freedom of the press is under attack worldwide. Yes, that includes in the United States.

And “attack” is not hyperbolic.

Just take one look at the “fake news” epidemic. While outlets like CNN get away with bold-faced lies, others who tell the truth are labeled “conspiracy theorists,” and that’s all by design.

Any time a credible but politically unpalatable explanation for real-world events is expressed in the American public sphere, it is often denounced as “conspiracy theory”, then dismissed and studiously ignored by the mass media. Public opinion, the public herd mind, obediently follows suit and closes itself to any such crazy conspiracy talk. –Econintersect

It’s already been discovered that the fake news “public relations” (which is what the father of propaganda, Edward Bernays, renamed propaganda so it would be more easily digested by the masses) attempt was an attack by Democrats in 2016 and meant to discredit anyone who didn’t support their leftist agenda.

Without propaganda and brainwashing, leftist policies would have died decades ago. People are born wanting freedom from tyranny. It takes an effective campaign starting in childhood to change their minds and support their masters willingly while decrying those who seek actual freedom from oppression. –The Daily Sheeple

So can we take a guess as to who will at the most risk of the government-compiled list of “media influencers?” If you’ve guessed those critical of the government, you’d be correct. It certainly seems like the government is losing control over the minds of too many as critical thought makes a comeback and pushes back on the propaganda spoon-fed to the willing sheep.

Unfortunately, increasing government encroachment on the freedom of the press is the sinister backdrop to all of this. Freedom House, which has monitored the status of the press for nearly 40 years, recently concluded that global media freedom has reached its lowest level in the past 13 years. The independent watchdog organization blames “new threats to journalists and media outlets in major democracies” as well as “further crackdowns on independent media in authoritarian countries like Russia and China.” And then it goes one step further. –Forbes

Forbes then posed two questions that won’t readily be answered, and when they are, it will probably be too late for liberty. Could this DHS action be a way for the government to keep track of American and foreign journalists as well as “citizen journalists,” threatening not only the freedom of the press but also individual freedom of speech? And what, exactly, is the government planning to do with the information that it compiles?

If you think this is all just conspiracy theory and it could never happen to you, read Sarah Leach’s first-hand account of being harassed and detained and stolen from for the crime of being a survivalist and posting about it on Facebook:

Freedom is literally under attack by the United States government and there’s no longer any easy or consoling way to state it.