Welcome to the USSA: Woman & Husband Fitted With Ankle Monitors For Refusing To Sign Quarantine Order 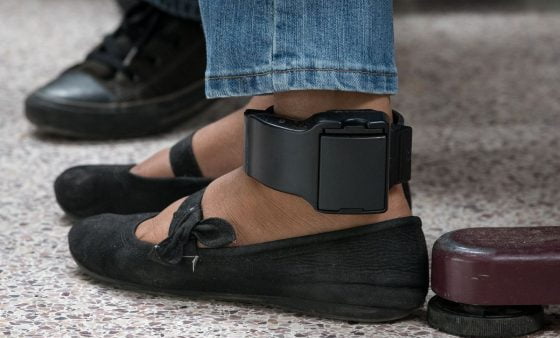 A woman and her husband had ankle bracelets slapped on for the “crime” of not signing a COVID-19 quarantine contract. Welcome to the USSA.

Last week, Elizabeth Linscott got tested for the COVID-19 because she was planning to visit her parents in Michigan. After testing positive, Linscott was asked to sign a self-quarantine contract. When she refused, she and her husband got ankle monitors to track their every move and force them to comply with the quarantine commands.

If you are under any false illusion that you’re free at this point, you should probably read a little more.

Kentucky Governor, Andy Beshear, has issued such strict and controversial executive COVID orders that the state’s Attorney General tried to block them. The Kentucky Supreme Court ruled that his orders could remain at least for the time being. Now one couple is being penalized by their county health department for refusing to completely go along with the protocol.

After testing positive and without showing any symptoms, Linscott said the health department contacted her and requested she sign documents that will limit her traveling anywhere unless she calls the health department first. She said she chose to not sign the documents.  She has to ask the “authorities” for permission, and since she didn’t want to do give up her freedom, they took it from her.

We live in crazy times, and anyone who supports this kind of tyranny will change their mind quickly when the rollouts of more draconian measures begin.  It’s hard to believe things could get worse, but with so many not believing there’s a “second wave” or even a first wave of this hoax pandemic, something else is bound to happen.

Greg Mannarino: It’s Critical To Understand That The Goal Is “Full Control By The Federal Reserve”

The Federal Reserve is trying to take over the planet right now, and people are largely still asleep. They are coming out and telling you what they want now, and people STILL refuse to open their eyes.

This is simply a way to push the fear, and show that they have no desire to treat people as equals. We will be their slaves and tracked and monitored.  Your consent isn’t required.

The one way to beat this beast system they are rolling out is to wake up to what’s happenin. As Greg Mannarino says, “If you realize, by understanding and having a clear picture of what the bigger picture is here, and you know what is: full control of the global markets by the Federal Reserve, who is running the entire charade right now. It’s simple. It’s the Wall Street banks and the Fed that are running the world. And they will do whatever they want. They will get whoever they want in office. That’s it.”

Everyone, including these people in the court systems and state governments, were selected to get this agenda to go through. It’s actually getting frustrating that people still somehow believe Trump will use the system set up the elites to take down the elites. Anyone with half a brain can see that that won’t be allowed to happen. There’s an agenda and if Trump won’t go along with it, they will get Biden in office.  The explanation is simple, it’s waking people up that’s been difficult.