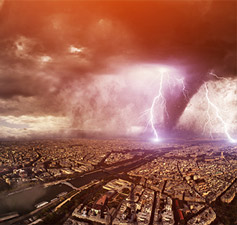 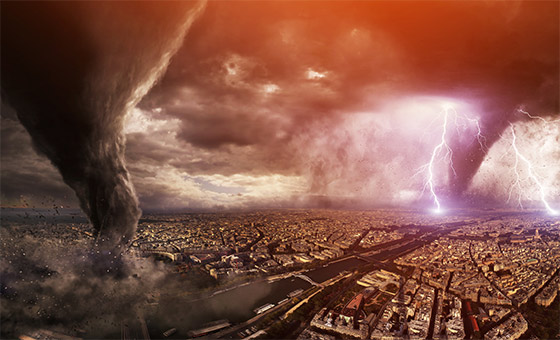 There are scores of organizations working on ways to interpret user data on the internet to help predict future events. Law enforcement agencies and financial institutions having been working on this predictive technology for over a decade. In most cases, none of that information is ever shared with the general public.

Clif High of HalfPastHuman, however, has taken a different course. Since the mid-1990’s High’s algorithms have been scouring the internet. With the advent of social networks and tens of thousands of citizen-driven blogs, that data has gotten ever more accurate. So accurate in fact, that on October 27 High’s automated “Web Bots” predicted that not only would Trump win by a landslide, but that Hillary Clinton would be “missing” following the election, a prediction that was so accurate it blew away just about every professional analysis firm in the world.

Now the Web Bots are predicting another paradigm-shifting event. According to Clif High, it appears that  a massive financial shock is brewing for early 2017:

The confusion, the degradation of the bond market, the crumbling of everything else…

I call it deflation, but maybe we should better define it as debt destruction and inflation because The-Powers-That-Be, the Federal Reserve and all these guys… in the data sets that I’ve got are showing that they’re really worried by very early January… actually they start getting extremely worried by sometime around the 12th or so of December and that it breaks out into the public so to speak by early January.

To sort of get a handle on it, we’re looking at a period of time where there will be a lot of things that you really can’t sell because there won’t be enough currency floating in your local economy to, for instance, have a garage sale because your neighbors won’t have enough extra currency to buy your stuff…

If Clif High’s web bot data sets are correct, we’re in for a very rocky 2017 and one that could far exceed the financial calamities we witnessed in 2008.

Should debt destruction originating in the bond market begin in the early part of 2017, the Federal Reserve will no doubt dump trillions of dollars of “liquidity” into the system in order to stave off collapse. But as High notes, this will be the beginning of hyperinflation that will take hold after mid year, the effect of which will be a skyrocketing Dow Jones index and gold prices exceeding our wildest expectations.

But perhaps the most important takeaway is that, should a financial crisis of this magnitude take place in 2017, even the most basic of necessities will be impossible to acquire unless you have tradeable monetary instruments or goods to barter with.

With Donald Trump soon to take over the Presidency many believe that the fundamental problems facing America can be fixed. But what if there’s not enough time? What if the destruction of the world as we have come to know it is now irreversible?

The elite are preparing to hole up in bunkers as if they know something the rest of us do not. Perhaps it’s time the rest of us ensure our preparedness plans are in order. Things could get a bit rough in the next few months.

A Step-By-Step Blueprint To Prepare For Any Disaster

Are You “Living In a Death Spiral”? These 6 States Will Collapse During the Next Recession

Moving Backwards: Despite Claims of A Recovery, “Economy Is In Reverse”