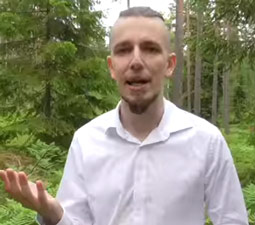 Editor’s Warning: In certain countries and on some internet platforms the following videos are considered politically incorrect, hateful, and racist. Under some legal systems those responsible for the production of this content could be imprisoned or put to death.

Just about every developed nation in the world is willing to take in immigrants and especially refugees seeking asylum from war torn or politically tyrannical regions. In the West especially, the native populations have contributed time and treasure to give those who are less fortunate a better opportunity in life.

But what happens when foreign migrants start to take advantage of their new found homes? What happens when those refugees refuse to speak the native language, follow the laws of the land or assimilate in any way to the new culture?

It appears that all over the world, most notably in present-day Western Europe, immigrants from countries with completely different world views and legal perceptions are moving in and pushing their agendas on the natives, often with full support from their elected representatives and their media mouthpieces.

In an incredibly insightful opinion piece from an Angry Foreigner living in Sweden, we learn that it’s not just Americans who are fed up with the political correctness being forced upon the people by politicians, feminists, cultural groups, and immigrants themselves.

As you watch the video you’ll no doubt notice some key parallels between Europe and the United States. For all intents and purposes you could swap out the word “Swedes” for “Americans” and the points being made still ring true.

I have never come across a country where nationalism is one of the biggest taboos… to the point where it’s considered to be racism.

Because if you love your own country and your own culture the most then you don’t love other peoples’ as much and that’s not equal. That’s not progressive.

This is a must-see video via Market Ticker. We encourage you to share it with others:

How long will it be before American culture, as well as our fundamental laws, are disintegrated to the point that rape is decriminalized, racism against the native populace becomes accepted and and mob rule becomes our new judicial system?

Perhaps we’re already too late, as it appears that said disintegration is taking place right before our eyes.

Here is a necessary follow-up and warning from Bill Still:

And just in case you think there is no foreign threat and that all of the above is nothing more than racist, right-wing blather, we direct your attention to the following video in which a European woman who speaks fluent Arabic captured the comments of refugees in her train car.

This one will get your blood boiling.

An EPIC Response to ‘Moderate’ Islam: “It Is Time We Take Political Correctness and Throw It In The Garbage”