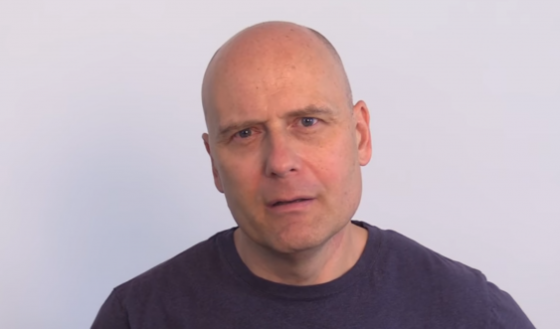 YouTube sensation Stefan Molyneux is making what he calls a “final plea for peace” and hoping president Donald Trump will take heed. Although the rhetoric from both the US and Russia appears to be heading us all towards a war, Molyneux is asking the power-hungry politicians to take a step back before they destroy all of us.

War will affect regular human beings in a far more serious capacity than it will the elite and wealthy globalists.  Perhaps that’s why there is such a push to start a massive conflict that will lead to deaths of many. But Molyneux is pleading for peace in his latest YouTube video.

He begins his plea by detailing the horrific losses his family has already suffered because of war. He also says he’s lucky that he wasn’t drafted in a useless war. He said maybe it was fate and maybe he was spared for a reason.

And to those who say “its just Syria” Molyneux would like to remind you that there are people who wish to be free and live to see more days in Syria too and they are nonetheless human beings like the rest of us. Even Russian president Vladimir Putin said recently “the world is becoming more chaotic. Nevertheless, we hope common sense will eventually prevail.”

“War is not what it was,” Molyneux says later in his video. “War is live. War cannot be filtered. War cannot be turned into a pastel painting of a guy on horse riding up a hill with a sword in his hand. War can no longer be mythologized. War is the brutal individualistic disassembling of human beings to have a right to survive.”

In the West, as Molyneux explains, we only see a sanitized version of war because America is so often the violent aggressor. And if Trump attacks Syria, it will be as it has been: America will prove itself the aggressor in this newest war. And those who are against the senseless slaughter of others sit back helplessly because there’s nothing we can do to stop it. But Molyneux tries. He makes a plea directly to president Donald Trump for peace.

“I say this you: Donald J. Trump. I hate the fact that it comes down to one man, but you are the commander in chief…such a burden should never rest on any one person’s shoulders. Or any 1000 people’s shoulders for that matter. But right now, given the way things are, it comes down to one man and that man is you. And you, and you alone, have the power to say ‘yes’ to the war or ‘no’ to the war…what does matter is that the people who voted for you handed you the kind of trust and sacrifice that has not been seen in the modern world…they have lost credibility to give YOU the power to STOP THESE WARS!”

Molyneux powerful delivers a plea for peace on behalf of all of us.