ObamaScare: Our Entire Economy is About to Get Hit With a Sledgehammer *Micro Documentary* 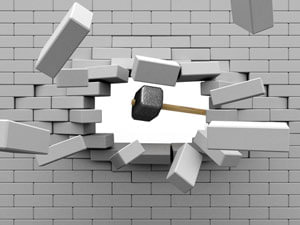 With the Patient Affordable Care Act now actively being integrated into American society, many still have no clue what its after-effects will actually be.

Here’s the reality: The pain is coming and if you have yet to experience it in the form of higher insurance premiums, you can be assured that you’re going to feel it very soon in one way or another.

Our entire economy is about to get hit with a sledgehammer.

The following must share micro-documentary from Everything Investments details many of the changes to come, and despite what the mainstream media wants us to believe, or what those who are receiving free health care think they are getting from their government, the fact is that a dark cloud of economic malaise is going to descend upon our country.

Obamacare is turning America into a part time workforce… companies all across the nation are reducing many workers to less than 30 hours a week… this includes local and state governments.

…Costs all around are going to rise.

Watch ObamaScare and learn just how this is going to affect our economy and YOU within a few months time:

(For More Informative Videos and Resources visit Everything Investments)

Other than Congressional members and those companies which received “special” exemptions from the health care bill because of backroom deals, these new mandates are going to put so much pressure on individuals and businesses that the destruction of America’s economy is now a foregone conclusion.

We can pretend “free” health care is free, or we can realize that the government just nationalized 1/6th of our country’s economy and they are confiscating the wealth of an entire nation in an effort to make it work.

As we noted previously there is no fix to this debacle and we can fully expect the entire system – and that includes Obamacare and our domestic economy –  to detonate within one year’s time.

Buckle up, it won’t be pretty.