According to insider information, Snapchat parent company Snap plans to lay off a number of its employees due to a less than promising business outlook as The Verge reports.

But, as Statista’s Florian Zandt notes, while the scope of layoffs is not yet clear, this announcement makes the corporation another one in a long line of tech firms and startups countering rising inflation and a domestic development bordering on a recession by reducing their workforce.

As Zandt shows in the chart below, based on data from Layoffs.fyi, mass layoffs in the tech sector didn’t start until the second quarter of 2022. 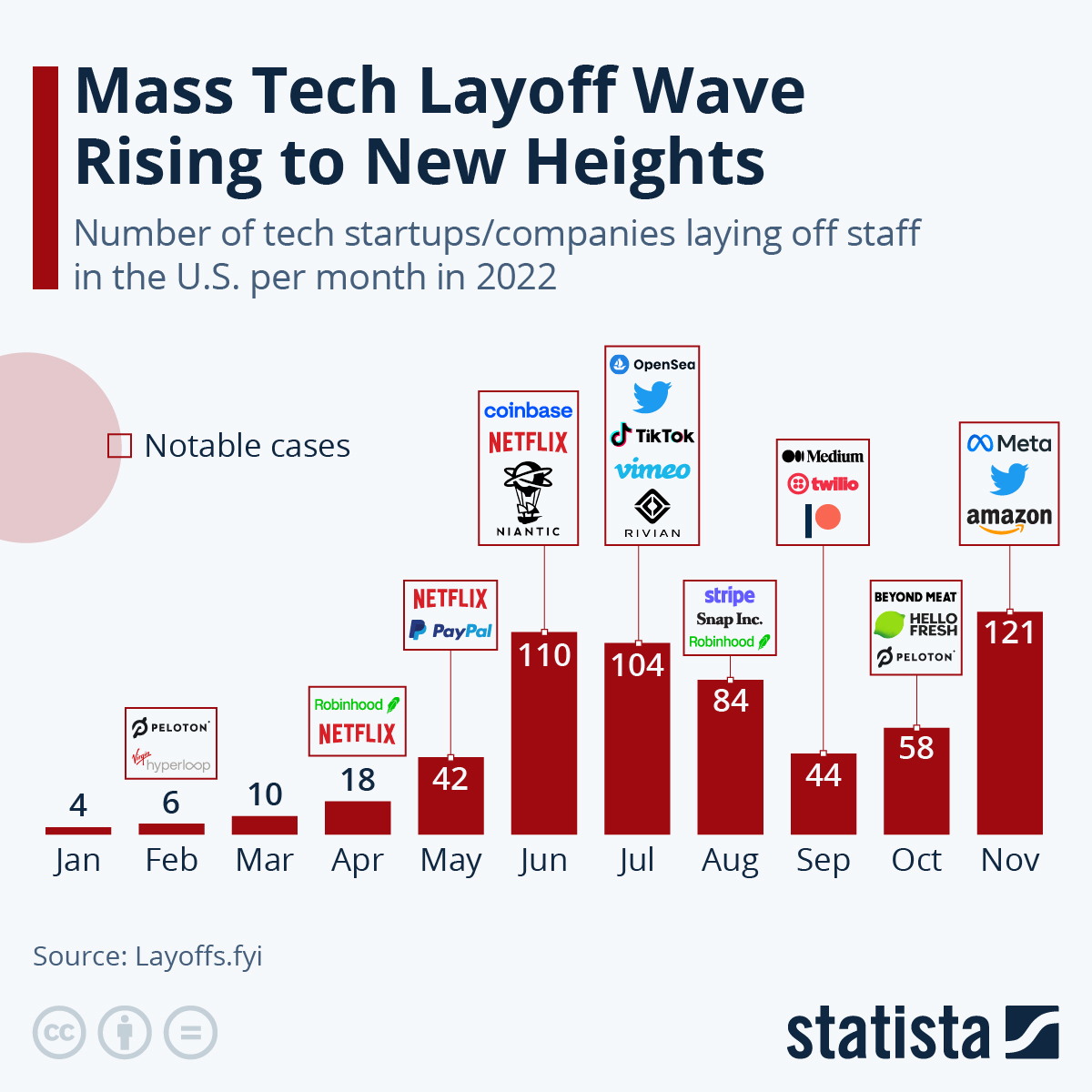 Between April and July, 170 startups and tech-oriented companies incorporated in the United States laid off employees compared to just 20 in the first quarter. Online used car retailer Carvana, for example, reduced its workforce by 2,500 employees in May, while the staff cuts among more notable examples in this timeframe like Netflix or PayPal were comparably minor. The former let go 450 or around four percent of its employees during the second quarter of 2022, while PayPal terminated contracts for 83 of its workers.

This past month saw social media giants TikTok and Twitter laying off several employees. While the former is owned by Chinese tech firm Bytedance, it stores the data of its non-Chinese users in the U.S. and can be considered a fringe case in terms of being incorporated in the United States. In the case of Twitter, increasing pressure due to the potential takeover by Tesla CEO Elon Musk was one of the suspected reasons for these layoffs. One of Musk’s most ambitious rivals, the Amazon-backed electric vehicle manufacturer Rivian, also cut 840 of its staff in July due to the world having “dramatically changed”.

Another industry plagued by fraud, increased hacker attacks, and a drastic loss in value for many cryptocurrencies over the past months is the fintech sector. For example, between April and August, industry darlings like neobroker Robinhood, NFT marketplace OpenSea, and cryptocurrency exchange Coinbase all had to let go between 20 percent and one-third of their workforce due to effects at least in part attributable to the so-called “crypto winter”.