Walmart & Target Warn Consumers Of Higher Prices Thanks To Tariffs 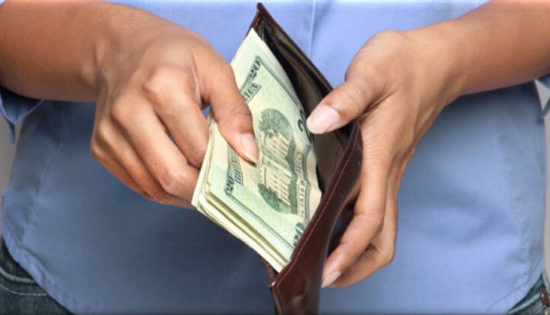 Anyone who knows even an iota about economics understands that president Donald Trump’s tariffs will raise the cost of goods in the United States.  Target and Walmart stores are both warning of higher prices on goods which means stores are pushing the cost of the tariffs onto the backs of the American consumer.

This was warned about by many who understand economics long before the tariffs actually went into effect.  The import tax on goods won’t be paid by the Chinese government, but by the American consumer in the form of higher prices, or the American worker in the form of lost jobs. Simply put, an increase in the cost of necessary goods will push families living paycheck to paycheck into the red every month.

According to Market Watch, Walmart Inc. and Target Corp. are among the large retailers and food companies that have sent a letter to U.S. Trade Ambassador Robert Lighthizer warning that proposed tariffs on $200 billion on Chinese goods would hurt consumers and American businesses.  Walmart is warning that these new tariffs also put their commitment to purchase “$250 billion in products that support American jobs” at risk.  The taxation of the economy has begun and Americans are going to pay for it.

Walmart, the biggest retailer in the US, warns that this is only the beginning too.  If consumers have trouble paying the higher prices now, they won’t be any more secure after the start of the year. The 10% tax on Chinese imports will rise to 25% on January 1, 2019, according to members of the Trump administration.  These tariffs will hurt those with little or no disposable income the hardest.

“For lower-income families, a 25% tax on these items would be a serious burden on household finances,” Walmart wrote. “Walmart and our suppliers will pay the cost of increased duties, which are simply taxes levied on products at the border. As a result, either consumers will pay more, suppliers will receive less, retail margins will be lower, or consumers will buy fewer products or forego purchases altogether.”

Target’s Chief Merchandising Officer Mark Tritton says that retailer is “deeply troubled by and strongly oppose” tariffs, and expressed “disappointment” that the administration would continue to threaten tariffs that will “penalize American families,” according to Market Watch. “We want nothing more than to play a role in building a stronger and more prosperous American economy for the people we serve,” Tritton wrote. But this additional tax on American families may be too much for most families to absorb.

The National Retail Federation’s President Matthew Shay declares that “thousands” of businesses consider this a “tax on American families,” and we would have to agree. Not to mention the inflation that will come about thanks to these ridiculous taxes/tariffs. “It’s disappointing that, despite the voices of those impacted, the administration continues to advance harmful tariff policies that threaten to weaken the U.S. economy,” the statement said. “We cannot afford further escalation, especially with the holiday shopping season right around the corner.” Indeed, but the government never listens nor do they care and it is fascinating that people still find any government entity relevant. Perhaps Americans should bypass the government altogether and return to a barter system working together to help each other through mutual and voluntary trade.

According to Bloomberg, there are even bigger concerns if Americans refuse to accept that the government is causing their financial distress.  If tariffs cause price increases to accelerate (which we should all be aware by now that that is the case), the most natural outcome will be for the Federal Reserve to step up its cycle of raising interest rates. “Policymakers” aka, the ruling class, is still concerned that the economic recovery they fabricated after the recession they caused is fragile, and as a result, they have favored moving very slowly on rate increases…until now. Interest rate increases will also make it more difficult for those already in debt to pay back their loans, pushing already strapped families to the brink.

The best thing anyone can do is to prepare now.  A financial meltdown is all but imminent, but if you can take a few steps to minimize the impact, you may come out fairly unscathed.

You can also give yourself a headstart by reading The Prepper’s Blueprint by Tess Pennington.  The book is expertly laid out to take anyone through a prepping routine that will allow even the most novice of survivalist to brace themselves for what could come.  If we have learned one thing studying the history of disasters, it is this: those who are prepared have a better chance at survival than those who are not.