Viral Meningitis Outbreak: The Virus Can Be Spread For NINE WEEKS After Recovery! 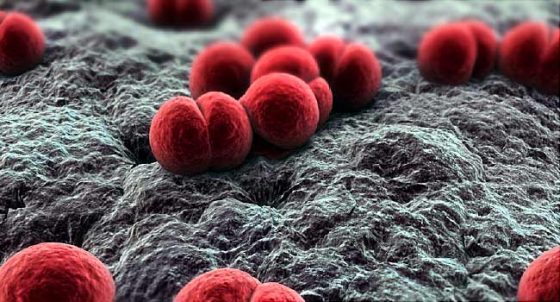 Washoe County Nevada has experienced a viral meningitis outbreak. So far, 47 people have contracted the disease and 43 have had to be hospitalized and the outbreak is still ongoing.

Health officials expect the outbreak to get worse. “The outbreak is still ongoing,” says Washoe County Health District spokesperson Phil Uliabarri said. Uliabarri added that the cases are all still being investigated. Ulibarri says the county is working with the Center for Disease Control (CDC) during its investigation. According to the Washoe County Health District, there are now 47 cases of viral meningitis in the county since July 15, up from the more than 30 cases reported in October 2017.

“What makes this challenging is that the virus may be passed on from an infected person for up to two to nine weeks after they feel better and have returned to normal activities,” Ulibarri said. “So even if people do [an] environmental cleaning in certain areas, that area could be contaminated by another individual who was previously ill or who had contact with a sick person.”

And getting the vaccine won’t do you any good. Nevada students enrolled in seventh grade after June 30 were required to be immunized with the quadrivalent meningococcal conjugate vaccine, commonly referred to as the MCV4. That current vaccine targets only bacterial meningitis and would not work against a viral outbreak such as this one.

Viral meningitis is an inflammation of the tissue that covers the brain and spinal cord that is caused by a virus. It is typically less severe than bacterial meningitis, and most people recover on their own within 7-10 days.

If you live in or near Washoe County, you can take steps to prevent contracting the virus. Wash your hands often with soap and water, especially after changing diapers, using the toilet, or coughing or blowing your nose and avoid touching your face with unwashed hands. Avoid common playing areas for children such as inflatable bounce houses and slides and avoid close contact such as kissing, hugging, or sharing cups, water bottles, sports drinks, or eating utensils with others who may be sick. Cover your coughs and sneezes with a tissue or your upper shirt sleeve, not your hands. Clean and disinfect frequently touched surfaces, such as doorknobs, handrails, light switches, desks, keyboards, computer mice, phones, toys, playground equipment, bathrooms, etc., and, always stay home when you are sick.

Symptoms of viral meningitis include a stiff neck, trouble waking from sleep, nausea, vomiting, sensitivity to light, and sleepiness.