Video: The Roadmap To World War 3: “Playtime Between the East and West Is Over” 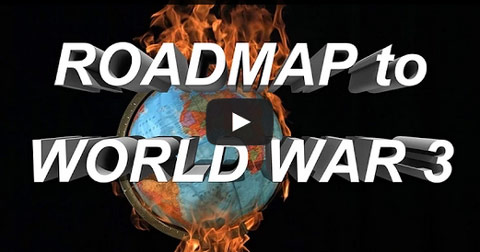 The rhetoric in Russia has been heating up lately with Vladimir Putin recently giving a speech in which he warned that playtime between the East and West is over. And while things between the United States and the former Soviet Union have always been tense, this time Putin might really mean it.

Unreported by the American mainstream media is the fact that the Russian economy, along with its currency the Rouble, is collapsing because of Western sanctions enacted following Russia’s annexation of Crimea earlier this year. First, the West’s banking system attacked the private financial holdings of Russian politicians and businessmen. There were even rumors that the U.S. would target Putin’s $40 billion personal fortunate held abroad. Then, Europe and the U.S. enacted trade restrictions on Russia, essentially crippling their internationally dependent commerce system.

If history is any guide, the economic disaster in Russia could well be the catalyst Putin needs to motivate his people into a nationalistic frenzy that demonizes western nations and the United States in particular.

But before we put all of the blame on Putin and his obvious desire to restore Russia’s super power status on the world stage, it’s important to note that his recent actions have not taken place in a vacuum, nor are they strictly related to the events currently playing out in the Ukraine.

The roadmap to World War 3 was conceptualized long ago, and like the buildup to the Great War of 1914, the causes and catalysts are multi-faceted and encompass not just a few countries, but the entire global paradigm.

Watch: The Roadmap to World War 3

Produced by Crush The Street

One hundred years after the start of the “War to End All Wars” the world is on the brink of yet another confrontation.

This time around, however, as was noted by Russia’s state influenced Pravda newspaper this week, there are thousands of advanced weapons systems just waiting to be unleashed on an otherwise unsuspecting global public.