Video: Reporter Doorstops Vegas Security Guard’s House: “I Can Confirm His Family Has A Gag Order” 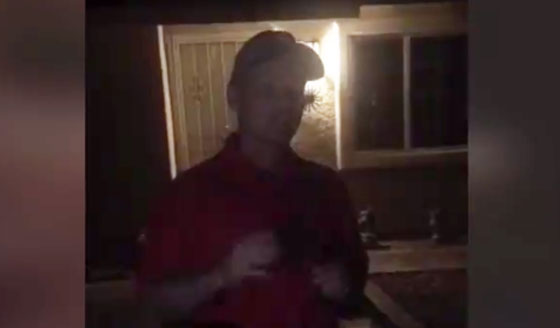 Over the last few days Las Vegas law enforcement officials have significantly altered the timeline of the mass shooting that left 59 dead and hundreds injured. Adding further intrigue is the fact that the Mandalay Bay Hotel & Casino now says that they have their own timeline of events, which diverge from the official story.

On top of that, mystery still surrounds Mandalay Bay security guard Jose Campos, who was shot in the leg when Stephen Paddock opened fire and unleashed some 200 rounds through the door of his hotel room. Campos, who is reportedly not registered to work in the State of Nevada, was scheduled to do an interview with Sean Hannity Thursday night. But just minutes before the interview was to take place, Campos was said to have abruptly cancelled his appearance:

In response to the cancellation, alternative media reporter Laura Loomer attempted to reach out to Campos, who has thus far remained shielded behind his union representatives and refused to provide his account of the shooting to the public. According to Loomer, it appears that Campos and his family have been forced to remain silent because of a gag order surrounding the incident.

She “doorstopped” the Campos family in person when she visited their home in Las Vegas Thursday night.

I just doorstopped #JesusCampos after it was reported he canceled his interview with @seanhannity. I can confirm his family has a gag order. https://t.co/lNMaaaZzWC

According to a video Loomer posted on Periscope, Campos has armed security and it appears that an unmarked law enforcement vehicle is parked outside his home.

Additional videos show Loomer asking members of the Campos family for more information about why he chose to cancel his interviews:

According to Loomer, Jesus Campos and his family members have been told not to discuss the incident. Further, when Loomer was confronted by an armed security guard outside of Campos’ home she noted that the firm the security guard supposedly works for is not registered to operate in Nevada, to which she asks the guard:

You said that you worked for OnScene, a security company. We did a background check…. and the business license expired in January 2017 and has a virtual address… so the company that you work for…. is it a real company? Or is it just some type of a shill company that the FBI or DHS is using?

Las Vegas Shooting Victim: “There Was 100% More Than One Shooter,” Gates To Concert Were Locked Shortly Before Attack