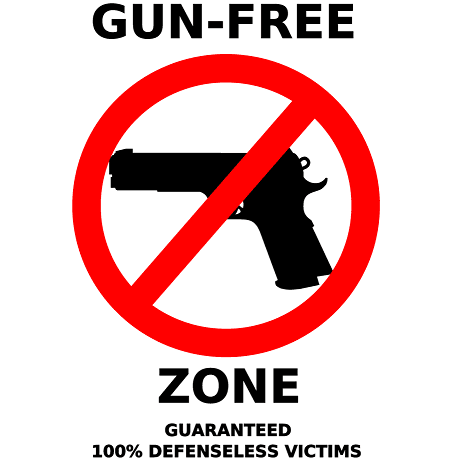 Imagine you’ve been living in your home or apartment for several years. You’re an avid hunter, sports shooter, or simply someone who wants to protect their family should an individual with criminal intent coming breaking down your door. You own a handgun, rifle, crossbow, or other self defense weapon.

All of a sudden you receive a memo from your management company or Homeowners Association advising you of a policy change that you can no longer own a weapon if you live on the property. As an American you’d likely be surprised at such a note in your mailbox, especially considering that the fundamental law of the land gives you the right to own a firearm or weapon for self defense.

But this is exactly what happened to tenants of the Oakwood apartment complex in Castle Rock, Colorado.

As of October 1, 2013, residents of the apartments have been told that they can no longer “display, use or possess any firearms.”

“I’m a hunter. I’m a licensed conceal and carry person,” Dorsch said to the news channel.

That didn’t matter to the apartment manager who wants to create a mini-Chicago.

A handwritten note on the typed letter reads “The manager said no licenced [sic] concealed” is allowed either.

“It upsets me very much,” Dorsch said.

The Ross Management Group, which operates Oakwood Apartments and thirty other properties, refused a public response on the new guidelines, stating that it’s their policy “not to comment to the news media.”

According to a legal analyst for 9New Castle Rock, in most cases the courts have supported the rights of landlords to support “reasonable regulations” on tenants.

The best thing this tenant can do is either move out or get rid of the guns.

The question is, “is an outright ban on firearms reasonable in light of the U.S. Constitution?”

As one commentor noted, would it be reasonable for a landlord to restrict a tenant from voting, or voting for a particular political party?

Or, could a landlord restrict a tenant from speaking their mind under first amendment protections?

Could a landlord dictatate to a tenant what religion he or she can practice?

Or can a tenant be forced to provide access to law enforcement officials or the apartment landlords for warrantless searches of their home?

It’s one thing if you agree to live in a ‘gun free zone’ prior to moving into your home or apartment (and even that is a bit sketchy). But here we have people who have lived in their residences for month or years now being told they can no longer own a firearm to protect themselves.

And to be clear, no actual reason was given for the new regulation – just a “this is how it is, do it or get out.”

What, exactly, is a reasonable regulation if a landlord, HOA or even lender (like the bank which underwrites your mortagage) can force you to give up your Constitutionally protected rights?

Rather than disarming citizens, we should be empowering them to deter crime, just like the Armed Citizen Project which is doing just that – one free shotgun at a time.