Just one year ago, at this time, I was in the Italian Dolomites, some of the most amazing mountains on the planet. In the winter, they attract millions of skiers, and in the summer, scores of climbers, cyclists, and outdoor lovers flock there.

My friend and I hired a professional guide, in order to climb a Via Ferrata track. These UNIQUE CLIMBS originated from WW1 soldiers, who created passes through the cliffs. They are enjoyed today by adventurers who aren’t fearful of dramatic cliffs and crazy heights.

In July 1985, just a few kilometers away from the town where we were staying, tourists were also enjoying the summer. At 12:20 PM, in the village of Tesero, located in the Stava Valley, hotels and restaurants were serving lunch to hungry tourists, who came to gorge on the pasta and meat dishes. At 12:23 PM, the adjacent dam, the Val Di Stava, failed and 16,000,000 gallons of mud, sand, and water rushed down from the mountains into the picturesque village.

268 people were tragically killed by the dam collapsing, caused over time by neglect and poor maintenance.

At 12:20 PM, the unsuspecting tourists were feasting on Italy’s exquisite cuisine. Three minutes later, they were gone.

When dams break, the damage is huge, especially in populated areas.

These structures ultimately can’t stand the pressure exerted upon them. In the investment world, in the markets, commentators often liken dam bursts to major price moves.

They’re sudden, cause an instant change in dynamics, and are EXTREMELY RARE.

In contrast with this tragic event in Italy, silver’s chart shows that its IMMINENT BREAKOUT, which will be unreal, could result in MASSIVE GAINS for us; the dams of price suppression look to be failing. 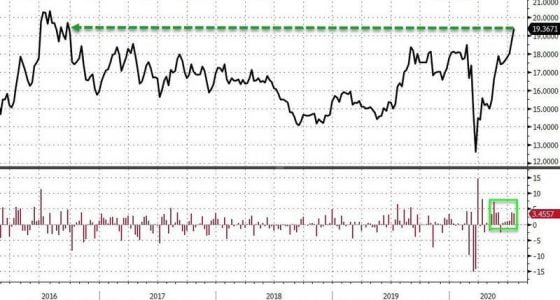 For several years, silver has been trading WITHIN A STRICT RANGE.

Support is set around $14, while resistance is in the neighborhood of $20. The difference between the two (20 – 14 = 6) creates the INITIAL SIZE of the breakout potential.

The longer an asset class bounces off resistance and support, the more it can’t wait to escape that prison.

Unless there’s a real change IN TRENDS, in a few SEISMIC SECONDS we can get a silver breakout moment that we haven’t seen in a decade.

The gold/silver ratio is signaling that we’re just DAYS AWAY: 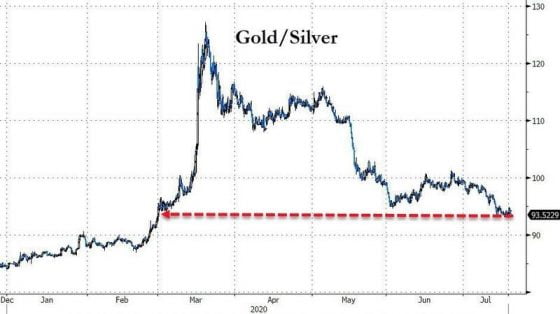 To give you an idea, the $26/ounce target is going to BRING NEW INVESTORS into this sector in droves. That’s the ticket to making sensational profits.

The 30% potential move will log a more than 100% gain since the March lows.

You’d reason that this is too big of a move, but silver experiences GROWTH SPURTS that no other commodity is able to do, or it sits quietly for years and years. In other words, it wouldn’t be out of the ordinary for it.

As we speak, several of our open gold positions are trading at HUGE, double-digit gains, with two of them already in the TRIPLE-DIGIT world (+100% gains). When silver TEARS OPEN the $20/ounce zip code, this junior mining niche – which we have had a love-hate relationship with for the past four years – will PAYBACK for all the grief it has delivered.

BACK UP THE TRUCK!