VENGEANCE IS MINE: SILVER $60/OUNCE!

There have been PLENTY OF DOUBTERS over the years; I’ve seen MY FAIR SHARE of dollar bulls, who keep saying that there’s NOTHING WRONG with America, nothing worrisome about the abuse of the dollar and NOTHING SPECIAL about the growing deficit and national debt.

I will tell them what John Rambo told Murdock when he realized he LEFT HIM FOR DEAD: “I’m coming to get you.”

Gold and silver are coming for you, Mr. Deficit and Mrs. Negative Rates, and they will NOT STOP until each and every doubter HAS PAID his dues. 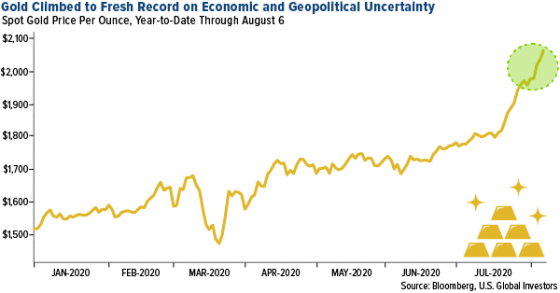 We’ve now closed above $2,000/ounce and the market is BEGINNING TO REALIZE that this is normal and that sub-$2,000 bids are NOT REALISTIC.

Bank of America has already revised its price target to $3,000 and many others will FOLLOW SUIT.

It will not be an easy battle; the dollar will fight for every piece of soil in every territory, before finally succumbing to us.

There can be no mistake about it – VENGEANCE IS OURS!

I strongly believe that mining stocks – especially the quality juniors – that we’ve covered and are up by either double-digits or TRIPLE-DIGITS, are just ACT 1 in this saga.

America is a country that is, politically speaking, IN THE SHITTER. 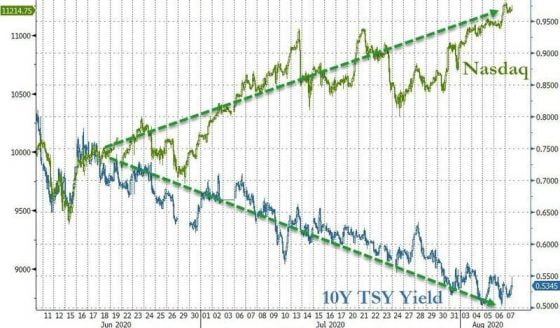 Silver had its best month ever in July. With silver, strength creates MORE STRENGTH, but you can see that rates have STARTED TO BOTTOM on August 6th and could be reversing trend for a bit (bear market rally).

This is absolutely the IDEAL TIME to capitalize on any pullbacks and I FULLY INTEND to.

The dollar bulls have lost faith. It is time TO ATTACK!

As you can see above, July was very bad for rates, which, in turn, made silver gain by an INSANE AMOUNT.

Next up, the metals will have to gather steam. Like an army that charges forward through the night and continues attacking at dawn, it must stop and refuel, at some point. Soldiers can’t be asked to be combative on EMPTY STOMACHS and after two nights without sleep.

When they wake up refreshed, though, they’re still the same squad they were before – better than THEIR COMPETITORS. Gold and silver are superior to the dollar.

Use the pullbacks to your advantage!

In the financial reality we live in, 52mn unemployed Americans isn’t enough to STOP THE RALLY.

Gold is money. Gold belongs to its owner alone and is independent of counterparty risks.

The best army generals are HARD TO SPOT, since they behave like soldiers and WORK HARD for their team.

Tomorrow, I’ll show you the best DUO COMBINATION in one team since Jordan and Pippen, Kobe and Shaq, Curry and Thompson, LeBron and Wade or Stockton and Malone; I seriously believe this CEO and Chairman duo could lead us to HUGE PROFITS!

Be ready for a BREAKOUT ALERT.

Vengeance will be ours!