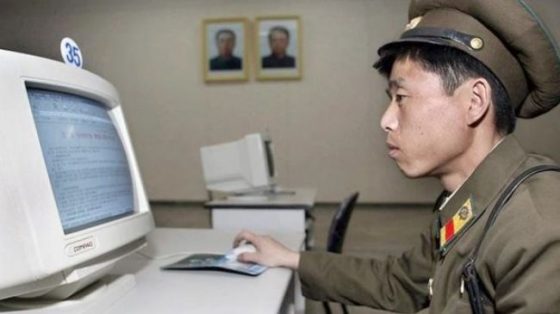 The United States Treasury has sanctioned one individual and another entity over the cyber attack “WannaCry” and a hack of Sony that allegedly cost billions. The U.S. Treasury has officially named North Korean programmer Park Jin Jyok for his involvement in carrying out several cyber attacks against U.S. and global targets.

Park Jin Jyok is said to have been working on behalf of Pyongyang when conducting the cyber attacks that did billions of dollars in damage. The statement issued by the Treasury Department offered minimal evidence against Park, according to Tech Crunch. The statement also said Park was responsible for a hack on Sony  Pictures in 2016, which U.S. authorities had long blamed on North Korea. It was believed, though never confirmed, (which is important considering the US just sanctioned a human being) that the attack was in retaliation for Sony’s production of “The Interview,” a movie in which North Korean leader Kim Jong-un was assassinated.

This feels a little like an excuse to worsen relations with North Korea.  Sanctions certainly will not help – especially once the rest of the world figures out that the US’s sanctions are nothing more than ink on paper. They will “work” until the rest of the world figures it out. They might as well be a poem written down on doodle paper, crumpled up, and tossed in a corner for all anyone on earth even cares.

Park was also accused of carrying out the WannaCry ransomware outbreak in 2017 also on behalf of North Korea. WannaCry ransomware encrypted the contents of tens of thousands of computers for ransom. The attack used stolen exploits developed by the National Security Agency to attack computers across the world, knocking hospitals and other businesses offline.

“North Korea has demonstrated a pattern of disruptive and harmful cyber activity that is inconsistent with the growing consensus on what constitutes responsible state behavior in cyberspace,” the Treasury statement read. “Our policy is to hold North Korea accountable and demonstrate to the regime that there is a cost to its provocative and irresponsible actions.”

The US government has also said Park was sanctioned for his part in the transfer of $81 million from Bangladesh Bank in 2016. Park is said to work for a venture, which the Treasury is also sanctioning. That venture was allegedly operated by the North Korean government.

But it all seems at best, a little fishy…