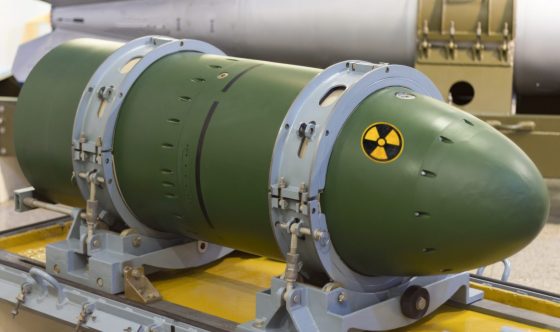 A hearing held by the Senate Armed Services Committee this week on the range of threats the United States faces globally focused on China and Chinese leadership viewing US power as “declining” while Beijing is “rising” on the world stage.

Most notable from the testimony is US intelligence’s view of China’s expanding nuclear arsenal, which is projected to at least double over the next decade. While currently, the Department of Defense estimates China’s warhead stockpile to be in the low-200s, the director of the Defense Intelligence Agency, Lt. Gen. Scott Berrier, told the Senate hearing on Thursday that a rapid expansion of its stockpile is a top priority for Beijing. To the surprise of lawmakers, he strongly suggested that the DIA’s most recent projections actually underestimated China’s true nuclear expansion and ambitions.

China is growing more aggressive – expanding its power projection around the world, including in Africa. I’ve seen evidence of it myself. @DefenseIntel Director LTG Berrier confirmed today China is looking to place military forces in Africa, as well as in Latin and South America. pic.twitter.com/qB8RT54Tyl

“In the span of capabilities that they have, the nuclear piece has been one component. It has been a priority for them,” Berrier told the lawmakers in response to a question by Sen. Tom Cotton, a well-known foremost China hawk. “And I think they have racked and stacked that in the things that they think that they need to get done by 2030 or 2035,” the DIA director followed with.

Gen. Berrier explained that US defense intelligence now sees China as seeking to outpace even the earlier Pentagon projections. He said:

“China is expanding and diversifying its nuclear arsenal… Last year, we assessed that China had a nuclear warhead stockpile in the low-200s and projected it to at least double over the next decade.

Since then, Beijing has accelerated its nuclear expansion and is on track to exceed our previous projection. PLA nuclear forces are expected to continue to grow with their nuclear stockpile likely to at least double in size over this decade and increase the threat to the U.S. homeland.”

And he further warned China is “probably” seeking to “match” many of America and Russia’s more advanced nuclear warhead capabilities and delivery platforms:

China probably seeks to narrow, match, or in some areas exceed U.S. qualitative equivalency with new nuclear warheads and delivery platforms that at least equal the effectiveness, reliability, and/or survivability of some U.S. and Russian warheads and delivery platforms under development. The PLA continues to improve its pursuit of a nuclear triad, and increasing evidence indicates that Beijing seeks to keep a portion of its nuclear forces on a “launch-on-warning” posture. 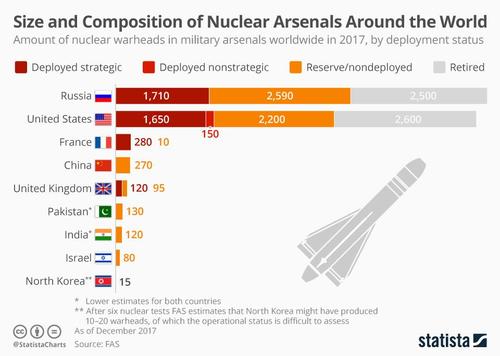 Berrier elsewhere in the testimony affirmed that China is “the long-term strategic competitor to the United States” and remains “as a pacing threat, [Beijing] poses a major security challenge.”

He said Beijing is focusing its defense technology efforts “almost certainly” toward holding” the US and allied forces at greater risk and greater distances from the Chinese mainland.”

In 2020 the Illinois-based Bulletin of the Atomic Scientists estimated that China possesses 350 nuclear warheads, a number far higher than the more conservative DoD estimate. In its report at the time, the think tank wrote, “We estimate that China has a produced a stockpile of approximately 350 nuclear warheads, of which roughly 272 are for delivery by more than 240 operational land-based ballistic missiles, 48 sea-based ballistic missiles, and 20 nuclear gravity bombs assigned to bombers. The remaining 78 warheads are intended to arm additional land- and sea-based missiles that are in the process of being fielded.”