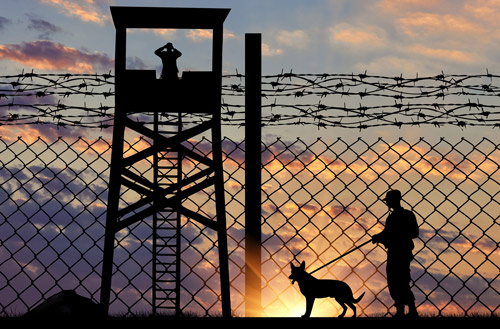 This tip came through the back channels; its implications are astounding.

If there is any truth to it, the 2016 election could be a kick-off for total tyranny.

According to an unnamed source – who has provided accurate intel in the past – an unannounced military drill is scheduled to take place during a period leading up to the election and throughout the month after.

It appears that the system is gearing up to handle outbreaks of violence, chaotic rallies and poll stations, and the possibility that the people of the United States may become very dissatisfied with the outcome by using military force and martial law.

The drill could, of course, go live at any time; Homeland Security and the military are prepared to contend with a period of unrest, and restore order to a divided and broken country – regardless of whether people like their new leader or not.

As you know, DHS is already monitoring this election and prepared to take over its ‘critical infrastructure’. The scope of this drill would, of course, take things much further:

I got some gouge from a former military colleague who is in contact with active duty personnel and he received an email about an upcoming drill.  We need confirmation on this, but if we put it out there we might get a leaker to come forward and confirm:

1st Phase:  NROL (No Rule of Law) – drill involving combat arms in metro areas (active and reserve).  Source says active duty and reserve service members are being vaccinated as if they are being deployed in theatre.

At this time, information concerning a drill has not been confirmed, nor has it been announced publicly.

However, there is reason to believe that the federal government is preparing for all contingencies – including those that might lead to violence or civil unrest after the election.

With Donald Trump openly calling out the “rigged” electoral system, there is reason to think that the public may not accept a Hillary win – particularly if there is any clear evidence that the vote was rigged, manipulated or poorly counted.

Just imagine for a moment thousands or even millions of people rising up in protest.

But is the system really expecting this could happen?

All bets are off in 2016, and quite frankly, it seems like something very creepy is rising to the surface.

The email also noted that this same source provided information which was covered by Shephard Ambellas and Infowars exposing that a mock American town had been constructed for urban warfare training under SPECWAR and DHS:

FORT CHAFFEE, ARKANSAS — Carnis Village is what the Army National Guard calls it. A mock American town which even contains dummy citizens for domestic training purposes. Located on the grounds of the Fort Chaffee Maneuver Training Center, the massive training compound is likely a dead-ringer clue foreshadowing the grim path we are now traversing as a nation.

The center at Ft. Chaffee seems eerily similar to any given US downtown location. There is a church, not a mosque. There is a bank that has a drive in ATM and even has the triangle of the local Arvest Bank. There are townhouses, a city hall, a two story high school with boys and girls restrooms and more.

The fine details of the facility make it quite obvious to myself that this site was set up for domestic warfare training proposes or for a westernized nation that shares a similar culture of architecture to that of America.

They are training to take on Americans after an economic collapse, an election upset, or an attack by an enemy… and the photos (via Intellihub.com) are chilling. 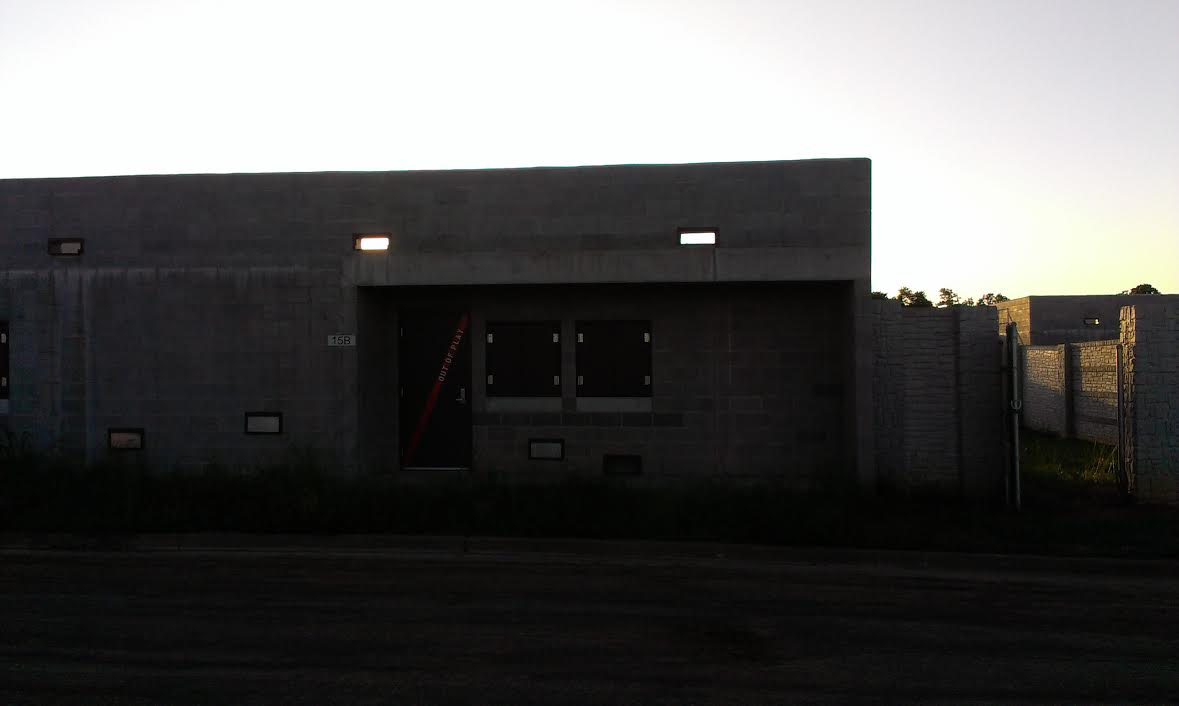 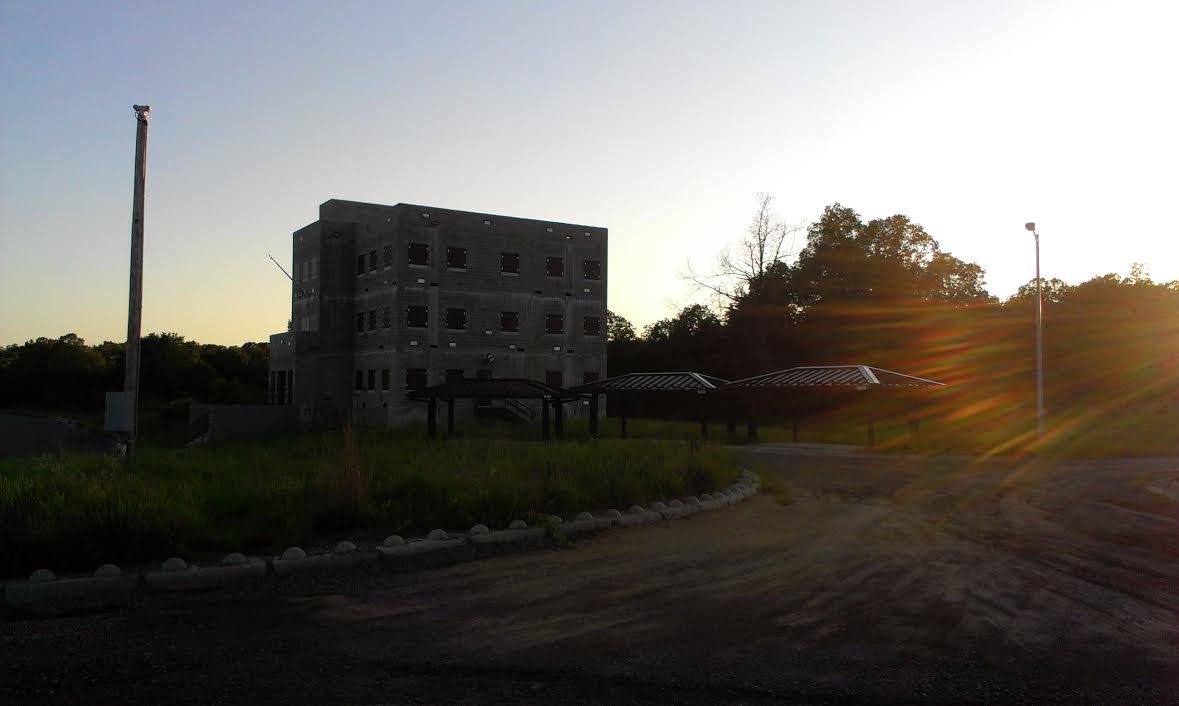 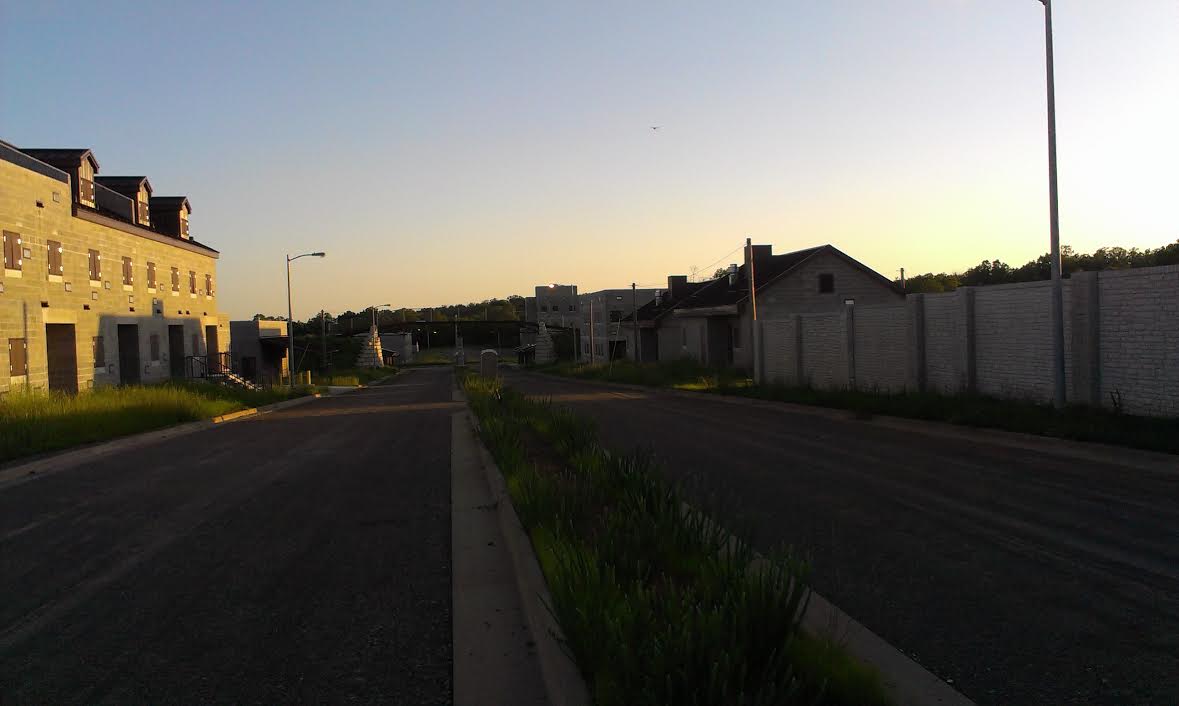 While nothing in particular may occur after election results are announced, there is every sense that America is at its last crossroads.

World War is on the horizon, the economy is breaking down and the reign of the dollar on the global stage is rapidly fading.

Is the contest between Trump vs. Hillary enough to be a real trigger point?

Hillary could bring very dark days to this country just by being declared the next president; Obama might, in turn, declare martial law.

At that point, the situation will be very clear.

It could happen; there are numerous pretenses that could be used to break down civilian order and take back the streets by force. Let’s hope none of them happen.

Be vigilant. Find out what you can. And be prepared for anything.