Undeniable Evidence: “The College Education System Is On The Fast Track To Destruction… An Obvious Sign Of Economic Crisis Waiting To Happen” 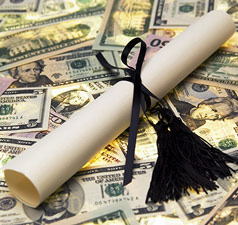 Whether you have kids headed to college, in college, just graduated, or if you have no college-bound grads at all, the following micro-documentary from Crush The Street explains that the coming college meltdown will have dire consequences for the entire economy.

Today in America the overburdening debt and shrinking jobs market is exposing the ugly consequences of the reality that mindless attendance to higher education has drastic consequences for millions of students.

College attendance has peaked and now we are witnessing what we will call The College Meltdown… From grants and loans for various degrees across the board with little repayment viability, to the constant propaganda by high schools and the media that everyone should and needs to attend a college or university to be successful in life, the truth is being revealed…  Our youth lives in an age of increasingly crushing student loan debt with five consecutive years of declining enrollment numbers.

The economic situation is so dire… data was just released that showed at least half the students defaulted… did not pay off one penny of their student loan debt within seven whole years at more than 1000 colleges and trade schools… this is higher than ever recorded… and an obvious sign of economic crisis waiting to happen.

A Must Watch: The College Meltdown (via Crush The Street):