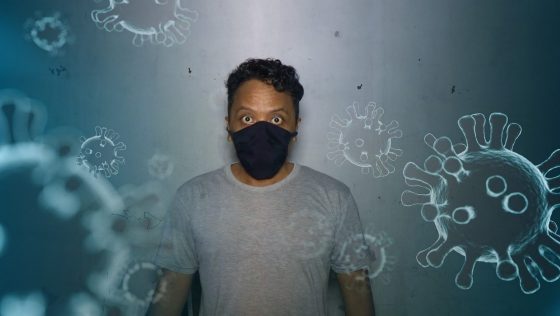 The fear-mongering over XBB.1.5, an Omicron subvariant is ongoing. Those living in the United Kingdom are now being urged to mask up once again to keep from getting sick.

The new variant constitutes at least 4 percent of Covid viruses being sequenced in the UK, so the ruling class is going to make sure people are panicked and stressed out about it.

People arriving in the UK from China have been asked to present a negative Covid test before entry, according to the Independent. However, a Cabinet minister announced that travelers testing positive for coronavirus after arriving from China will not be forced to quarantine. The UK Department for Health and Social Care said China had been slapped with the new rules because of “a lack of comprehensive health information”, as Chinese state media continue to downplay the severity of the current outbreak.

Projections from the Centers for Disease Control and Prevention (CDC) estimate the new SARS-CoV-2 variant XBB.1.5 has exploded in prevalence across the United States, rising from just 3% to over 40% in a few short weeks. The variant is thought to have emerged in New York and researchers claim early studies indicate it can more effectively bind to human cells than prior variants, reported New Atlas.

Even though this one is “immune evasive”, the rulers still insist everyone be vaccinated. After all, those pesky “under-vaccinated” people who continue to refuse to obey the commands of their masters are more susceptible to illness.

None of this means XBB.1.5 will necessarily generate more severe disease than prior variants but it does mean XBB.1.5 may be able to infect more people, more easily, and subsequently track down those most vulnerable to COVID-19 – namely, the elderly, the under-vaccinated and the immunocompromised. XBB.1.5 in no way takes us back to square one but it certainly could prolong the pandemic, spiking infections and again placing pressure on health care systems. –New Atlas

This one is looking like another test. How much will people comply before the next thing is unleashed and causes actual harm? At least for now, people seem tired of being told what to do.