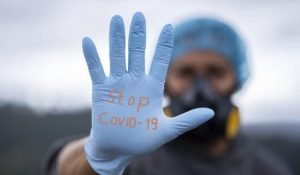 Across the UK, medical experts have been warning that the omicron variant is on track to outmuscle the delta strain by Christmas. But the latest round of models created by the European Union and European Economic Area are warning that the “community-based” spread of omicron will almost certainly dominate the British Isles by early 2022.

“We therefore assess the probability of further spread of the Omicron variant in the EU/EEA as VERY HIGH,” the EU/EEA said.

While omicron is believed to have first reached the UK via travel (although HMG is already scrapping its controversial “red list” mandating lengthy quarantines for travelers from high-risk countries), few experts doubt that the variant has already spread wide enough in the UK to make it endemic. As we said,  while omicron VOC cases initially reported in the EU/EEA were linked to travel, an increasing number of cases are now recorded as having been acquired within the EU/EEA, including as parts of clusters and outbreaks.

And as the fearmongering escalates, the UK’s health authorities reported 78,610 new COVID cases on Wednesday, compared with 59,610 a day earlier. This new number is the highest daily count of new cases since the pandemic began.

BUT, deaths (and hospitalizations) remain extremely muted for now…

However, do not stop being terrified as England’s Chief Medical Officer, Chris Whitty, warned that Omicron “is a really serious threat,” adding that “all the things we know about it are bad.” (which isn’t exactly true since the South African doctors have repeatedly said that while it is more transmissible, its is notably less aggressive with most having mild symptoms or completely asymptomatic).

Whitty went on to warn that a “substantial number” will be hospitalized and he expects the pace of hospitalizations to rise post-Christmas.

The European Center for Disease and Control ended with a dire warning: that is, the organization doesn’t expect the pandemic to end any time soon. In fact, we’re not even halfway through the ordeal, it warned – forecasting another 2 or perhaps 3 years for the pandemic to run wild before finally disappearing – or rather becoming endemic in the human population.

The UK Health and Security Agency estimated earlier this week that the number of daily Omicron infections was about 200K, according to Jenny Harries, chief executive of the UKHSA. They also warned that the spread of the omicron variant was “probably the most significant threat we’ve had since the start of the pandemic.”

All of this creates new complications for British PM Boris Johnson, which adds another wild card for the UK economy as political uncertainty rears its ugly head again.

Yesterday evening, 98 Tory MPs voted against Boris Johnson’s plans to introduce COVID vaccine passes. This is a huge Tory rebellion, with only 20 fewer rebels than his predecessor May had over her proposed way out of the Brexit conundrum. In 2019 this eventually triggered a leadership crisis. A loss in tomorrow’s by-election in North Shropshire may strengthen the criticism around Johnson. The underlying irony, per the BBC, is that BoJo may have lost his parliamentary authority on one of his more sensible proposals – that is, doing more to protect Britons from omicron.