UK: Kitchen Knives Are Too Sharp! Filing Them Down Will Stop Stabbing Violence 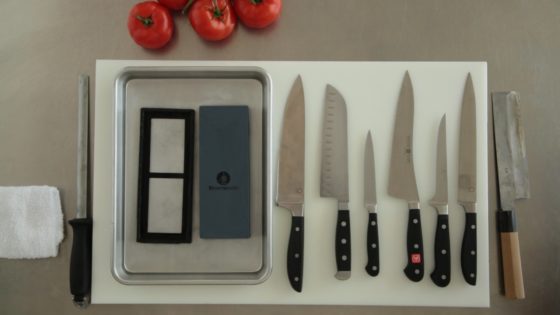 This is a look into the future of the United States.  Although the anti-gun nuts in the US are focusing on “assault weapons” those in the United Kingdom want to curb knife violence in their anti-gun utopia by “filing down” the knives that are too sharp.

A judge in the UK has proposed a nationwide program to file down the points of kitchen knives as a solution to the country’s soaring knife crime epidemic. Because filing down the knives people use to cut their vegetables will stop criminals from stabbing others with those now duller knives.

According to The Telegraph UK, in his valedictory address last week, retiring Luton Crown Court Judge Nic Madge spoke of his concern that carrying a knife had become routine in some circles and called on the government to ban the sale of large pointed kitchen knives.  In the gun free zone that is the United Kingdom, the latest figures show stabbing deaths among teenagers and young adults have reached the highest level for eight years, and knife crime overall rose 22 percent in 2017. If you’ve ever wondered just how tyrannical things have gotten across the pond:

In the past two months, he said, there have been 77 knife-related incidents in Bedfordshire, including three killings.  So a ban on guns turned violent homicidal maniacs into knife-wielding, stab-hungry sociopaths.  On top of the increased bans and laws on knives, the UK is actually punishing its own people for having the nerve to defend themselves or their property from grave bodily harm.

Judge Madge told the assembled  judges, barristers, and court staff: “These offenses often seem motiveless – one boy was stabbed because he had an argument a couple of years before at his junior school.” He also said the laws which were designed to reduce the availability of weapons to young would-be offenders had had “almost no effect” on stabbing violence since the vast majority of had merely taken the knives from a cutlery drawer.  “A few of the blades carried by youths are so-called ‘Rambo knives’ or samurai swords. They though are a very small minority. The reason why these measures have little effect is that the vast majority of knives carried by youths are ordinary kitchen knives. Every kitchen contains lethal knives which are potential murder weapons.”

Even better, the judge used the same argument we get from anti-gun activists in the United States. “Why do you need that?” Judge Madge said: “Accordingly, it is very easy for any youth who wants to obtain a knife to take it from the kitchen drawer in his home or in the home of one of his friends.” As a result, according to the judge, the most common knife a youth will take out is eight to ten inches, long and pointed, from his mother’s cutlery tray. “But why we do need eight-inch or ten-inch kitchen knives with points? Butchers and fishmongers do, but how often, if at all, does a domestic chef use the point of an eight-inch or ten-inch knife? Rarely, if at all.”