Uganda Extends Ebola Lockdowns As The Virus Continues To Spread 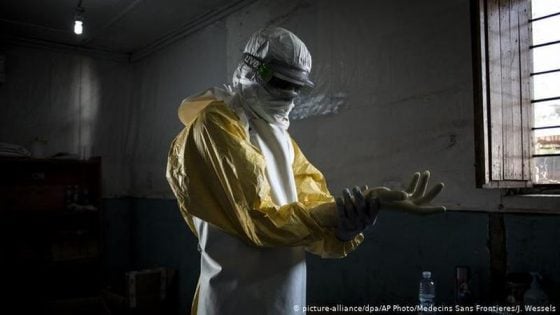 Uganda decided on Saturday to extend a three-week lockdown in two districts at the center of an Ebola outbreak. This virus, which has claimed over 50 lives, is still spreading as the ruling class insists on curbing travel and closing public places.

The World Health Organization (WHO) on Wednesday said Uganda had registered over 150 confirmed and probable cases, including 64 fatalities.

President Yoweri Museveni imposed a 21-day lockdown on Mubende and neighboring Kassanda on October 15th but has said that nationwide curbs were not needed. Since the outbreak was declared in the central district of Mubende on September 2th0, the virus has spread across the East African nation, including the capital Kampala.

Museveni has also ordered the police to arrest anyone infected with Ebola who refuses to isolate.

On Saturday, Health Minister Ruth Jane Aceng told the Associated Free Press that “the lockdown of Mubende and Kassanda districts … will be extended for another 21 days,” according to a report by Medical Express. These include a dusk-to-dawn curfew, a ban on personal travel, and the closure of markets, bars, and churches.

Considering several of the latest cases had no contact with others infected with the Ebola virus, a lockdown seems counterproductive. Yet rulers everywhere continue to impose and force their will on the public.

“We urge the public to comply and remain vigilant,” Aceng added.

Ebola Outbreak: Latest Cases Had NO CONTACT With Other Infected People

This could be another push for yet another injection too.

The strain now circulating in Uganda is known as the Sudan Ebola virus, for which there is currently no vaccine. But rulers everywhere say there are several candidate vaccines heading toward clinical trials.

Ebola is spread similarly to monkeypox: through contact with bodily fluids. It’s difficult to transmit, but often fatal.

Ebola is introduced into the human population through close contact with the blood, secretions, organs or other bodily fluids of infected animals such as fruit bats, chimpanzees, gorillas, monkeys, forest antelope or porcupines found ill or dead or in the rainforest.

Ebola then spreads through human-to-human transmission via direct contact (through broken skin or mucous membranes) with:

Objects that have been contaminated with body fluids (like blood, feces, vomit) from a person sick with Ebola or the body of a person who died from Ebola. –World Health Organization

Is something else going on here?