A new video has surfaced on YouTube which shows what appears to be a UFO zig-zagging it’s way over the Yellowstone supervolcano in northern Wyoming. The video was taken on June 9, but only recently uploaded to the video-sharing site.

The bright metallic object can be seen zipping across the sky on the left.

Yellowstone has long been a hotspot for alien sightings and UFO enthusiasts. According to the National UFO Reporting Center, there have been hundreds of reported sightings in the state of Wyoming, going all the way back to 1871. Jeanetta Foresta uploaded a video of the sighting under the heading “Things R flying all over – overnight”. She posted: “There were more than four at the beginning and this is overnight so there is no sun to reflect off of a plane.” 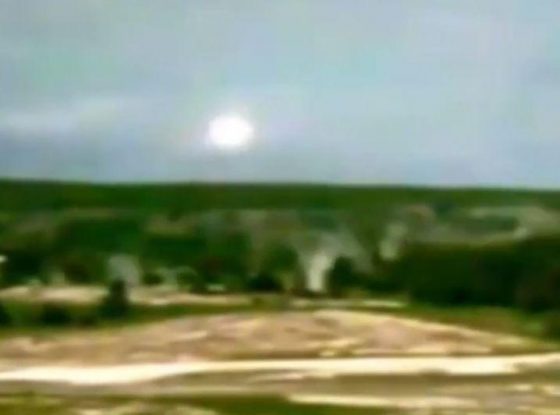 A still image from the video of the UFO.

This is not the first sighting of an unidentifiable object in the sky near Yellow Stone. In 2016 there too was a sighting of what appeared to be a drone-like object hovering directly above the head of the summit. Footage of this sighting can also be found on Jeanette’s channel under a video titled “Things Are Flying All Over The Night Sky! Upper Basin – Overnight!”

The famed Yellowstone volcano has garnered national interest in recent months, especially over the summer when more than 400 earthquakes hit in one week near the volcano. “This is the highest number of earthquakes at Yellowstone within a single week in the past five years, but is fewer than weekly counts during similar earthquakes swarms in 2002, 2004, 2008 and 2010,” scientists explained in a June statement to the Star Valley Independent. The scientists added, however, that the swarms are nothing new and are not a cause for worry. Experts at the U.S. Geological Survey (USGS) say the risk of the Yellowstone supervolcano erupting is quite low, with a probability of one in 730,000.

There is still no official explanation for what was captured on this video.