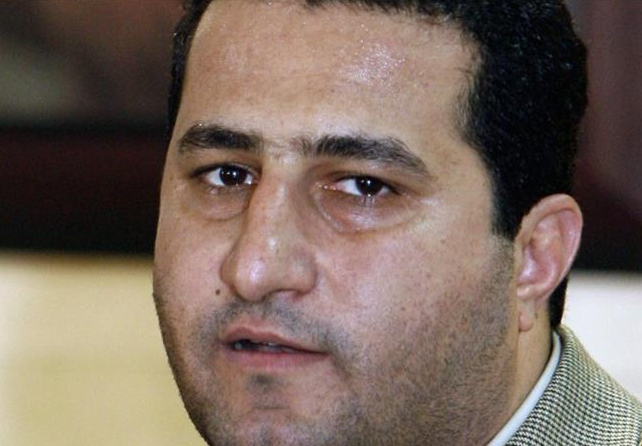 During the height of the Bush years, one of the most popular slogans from the left went something like: “When Clinton lied, nobody died.”

While history can decide if that holds true over scandals connected to former President Bill Clinton’s controversial love life, it certainly can no longer be said about Hillary Clinton’s lies and obfuscate over her emails.

The execution of Shahram Amiri, a defected, then returned Iranian with nuclear secrets, can be directly attributed exposure through the failed diplomacy and ‘reckless’ handling of emails by Sec. Clinton.

via Right Side News:

Today, Iran announced it had executed Shahram Amiri, a nuclear scientist who was believed to be spying for the U.S. but returned to Iran in 2010.

He initially received a hero’s welcome in 2010 after claiming the CIA kidnapped him while he was on a pilgrimage to Mecca in 2009, a claim backed up by the Iranian government. But — shockingly, Amiri was later imprisoned after being accused of cooperating with the U.S.

They can be puzzled no longer: Hillary unsecured email server reportedly revealed his identity as a U.S. spy.

The Washington Examiner quote one email exposed on the Clinton server that referred to Shahram Amiri as a “friend” and hinted at his being tapped as an asset for clandestine intelligence work.

According to the Washington Examiner:

The scientist shows up in Clinton’s emails back in 2010, just nine days before he returned to Iran.

“We have a diplomatic, ‘psychological’ issue, not a legal one. Our friend has to be given a way out,” the email by Richard Morningstar, a former State Department special envoy for Eurasian energy, read, according to the Associated Press. “Our person won’t be able to do anything anyway. If he has to leave so be it.”

News of Amiri’s death in connection with then-Secretary of State Hillary Clinton’s email discussions has been trending, as the mainstream media is spinning to cover for her tracks and deny any implication leading back to the Clinton’s.

However, many people have been arguing that, in fact, the discussions about Amiri over email did likely seal his fate.

As Breitbart reported, Blackwater (now XE Services) founder Erik Prince claims that the email issue very likely led to Amiri’s death, along with a botched handling of his defection and return to Iran:

“The physicist that came out, he defected, he was a treasure trove of information, but the CIA and the Clinton State Department botched it while he was in the States, left him pretty much unsupported,” Prince replied, calling it a major mistake to leave Amiri’s family in Iran.

“The second time he calls home, the Iranian intelligence service answers the phone. Undoubtedly, they leveraged him. When the guy talks about psychological trauma here in the United States, I’m sure it’s because the Iranians were telling him all the things they were going to do to his family if he didn’t come home,” said Prince.

“Once again, the administration screwed it up. He goes home; of course, he’s arrested. And then Hillary’s emails, which were in the open, certainly readable by foreign powers, were talking about Hillary’s so-called friend, who was a defection, and not an abduction, as the guy was claiming,” he added.

Prince said that if the American people want to break through what Bannon described as “the media Praetorian Guard” around Clinton and Obama, to get some real coverage of the Amiri story, they should understand that “Hillary’s emails, playing fast and loose with national security matters, very likely caused this guy to die.”

Sen. Tom Cotton (R-AR) appeared on CBS’s Face the Nation and discussed the situation pertaining to Amiri and Hillary. He stated:

“I’m not going to comment on what he may or may not have done for the United States government, but in the emails that were on Hillary Clinton’s private server, there were conversations among her senior advisors about this gentleman. The senator said this lapse proves she is not capable of keeping the country safe.”

“That goes to show just how reckless and careless her decision was to put that kind of highly classified information on a private server. And I think her judgment is not suited to keep this country safe.”

While the media is busy once again defending Hillary and attempting to excuse her from blame, it is worth remembering that the exposure of CIA agent Valerie Plume created a lasting scandal during the Bush years.

Apparently, similar conduct by former Secretary Clinton is not worthy of the same focus. Though Shahram Amiri may not have been exposed intentionally as Plume was, the negligence over emails indeed constitutes a criminal breach (in all minds but that of FBI Director James Comey).

Now, there is clear evidence of harm done.

As with many other factors, the handling of classified emails and discussions about CIA and intelligence assets does not bode well for a Hillary White House, or for the U.S.’s position in global affairs.

Comey Did His Job: This Is Why The FBI Let Hillary Skate On The Email Scandal