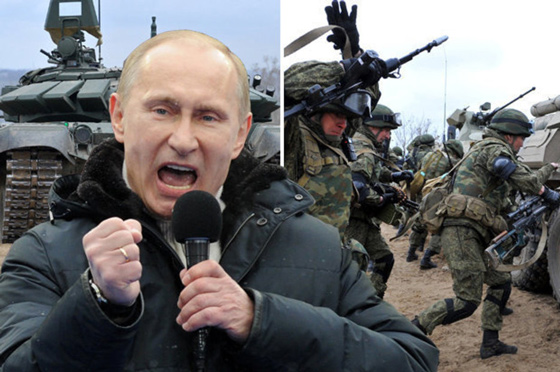 Relations between the United States and Russia have reached new all-time lows. With tensions between Russia and Ukraine at all-time highs, the geopolitical landscape is getting intense.

The march toward war is slowing, but it’s still on its way.  While de-escalation has not yet occurred, it still could if cooler heads prevail. However, it does not appear that there are any cool heads in politics right now.

After years of deteriorating relations, sanctions, tit-for-tat diplomatic expulsions, and an escalating “information war,” some in Moscow are asking if there even is any point in seeking renewed dialogue with the U.S., if only out of concern that more talks might just make things worse. -The Christian Science Monitor

There also seems to be limited interest from the mainstream media in reporting on the issues between the West and Ukraine, and Russia. That’s not a surprise considering the “vaccines” which are a large part of the overall New World Order agenda are front and center. Is there a distraction from the geopolitical tensions going on? Most likely, but I’ll let you decide using your own discernment and critical thinking.

And there is a growing sense in Moscow that the downward spiral of East-West ties has reached a point of no return, and that Russia should consider abandoning hopes of reconciliation with the West and seek permanent alternatives: perhaps in an intensified compact with China, and targeted relationships with countries of Europe and other regions that are willing to do business with Moscow.-The Christian Science Monitor

“Things are at rock bottom. This may not be structurally a cold war in the way the old one was, but mentally, in terms of atmosphere, it’s even worse,” says Fyodor Lukyanov, editor of Russia in Global Affairs, a Moscow-based foreign policy journal. “The fact that Biden offered a summit meeting would have sounded a hopeful note anytime in the past. Now, nobody can be sure of that. A hypothetical Putin-Biden meeting might not prove to be a path to better relations, but just the opposite. It could just become a shouting match that would bring a hardening of differences, and make relations look like even more of a dead end.”

Hopefully, there will be no major conflict or worse. War benefits only the rulers, as they don’t have to put their lives on the line for their own agenda.