U.S Manufacturing SLUMPS To 9 Year Low In May 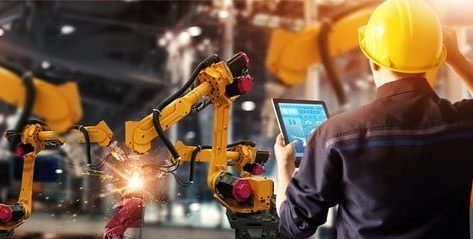 All economic data is pointing to a slower 2019.  One of those bits of data is from the manufacturing industry. United States manufacturing growth has hit a 9 year low this month, which is a terrible sign for our volatile economy.

Faced with decreasing demand from customers and a flareup in U.S.-China trade war and tariff tensions, American businesses grew in May at the slowest pace since before President Trump was elected, a pair of new surveys show. An IHS Markit “flash” survey of U.S. manufacturers fell to a nine-and-a-half-year low of 50.6 this month from 52.6 in April. Manufacturing conditions have been soft for months.

Even more ominous, was the firm’s survey of U.S. service-oriented companies such as banks and retailers. These slipped to a 39-month low of 50.8 from 52.7. Any number over 50 represents “growth” according to Market Watch. Service companies employ about four-fifths of all U.S. workers and until very recently they’ve been expanding rapidly if you listen to the mainstream media. Retail apocalypse, anyone?

But these could drop dramatically in the next 6 months or so if the trade war rages on and tariffs continue to plague the wallets of consumers. The growth in new orders from both domestic customers and foreign buyers declined and firms have now “put the brakes on hiring,” IHS said.

“Growth of business activity slowed sharply in May as trade war worries and increased uncertainty dealt a further blow to order book growth and business confidence,” said Chris Williamson, a chief business economist at IHS Markit. “The slowdown has been led by manufacturing, but shows increasing signs of spreading to services.”

All of this is happening at a time when the labor market is still going strong and households are spending at a rapid rate. American households are also now in a record amount of debt thanks to their spending habits, and interest rates are falling after the Federal Reserve relaxed its stance. “We don’t think it’s a genuine sign that the economy is suddenly plunging into recession,” Williamson added.

But the signs that the economy is on edge are all there and impossible to miss.  Does that mean we’ll have a recession this year? Probably not, but it does look like the end of 2019 will be a much slower economy than the beginning.  The trade war and 25% tariffs may have pushed the recession a little closer, but market analysts and other economists still say that we have time, and to not expect the recession before spring of 2020.