Two Weeks Before Death, Stephen Hawking Predicted HOW The UNIVERSE WILL END 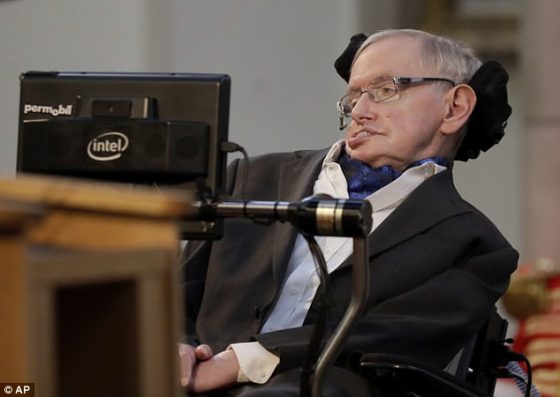 Two weeks before passing away peacefully, renowned physicist Stephen Hawking predicted the end of the universe. In his final work titled A Smooth Exit From Eternal Inflation, Hawking predicted how our universe would eventually fade to darkness as the stars run out of energy.

Hawking completed a theory outlining his prediction for the end of the universe just two weeks before his death and the work has emerged. According to CNBC, the world-famous physicist, who died last Wednesday at the age of 76, was a co-author of a mathematical paper in which he sought to prove the so-called “multiverse” theory. According to a report by U.K. newspaper The Sunday Times, this theory imagines the existence of many separate universes other than our own.

In his final work, he predicted how our universe would eventually fade to darkness as all the stars run out of energy. Alongside his co-author Professor Thomas Hertog of Belgium’s KU Leuven University, Hawking also proposed a way in which scientists might be able to find alternate universes by using probes on spaceships. This would allow humans to attain a more accurate understanding of our own universe, decipher what else is out there, and ultimately realize our place in the cosmos. “He has often been nominated for the Nobel and should have won it. Now he never can,” Hertog told The Sunday Times in an interview published Sunday.

Hawking, who was perhaps best known for his work on black holes and the theory of relativity, had previously posited the idea that Earth would turn into a giant ball of fire by 2600. Therefore, humans would eventually need to colonize another planet or face extinction, he said.

“Somewhere in the cosmos, perhaps, intelligent life may be watching these lights of ours aware of what they mean,” Hawking said. “Or do our lights wander a lifeless cosmos, unseen beacons announcing that here on our rock, the universe discovered its existence?”

At least Hawking’s theory about the end of the universe sounds like a calm and peaceful way for it to go out.