“The total influence – economic, political, even spiritual – is felt in every city, every state house, every office of the federal government. We must be alert to the … danger that public policy could itself become the captive of a scientific technological elite.” 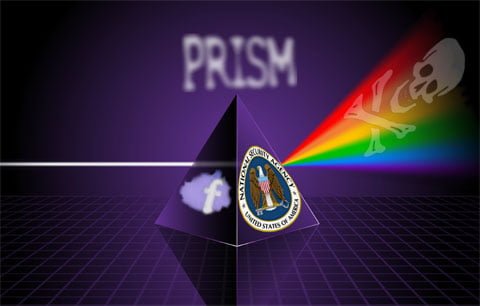 In 2011, when we noted that Everything You Do Is Monitored, we weren’t embellishing or fear mongering.

This is as real as it gets.

The National Security Agency’s collection of phone data from all of Verizon’s U.S. customers is just the “tip of the iceberg,” says a former NSA official who estimates the agency has data on as many as 20 trillion phone calls and emails by U.S. citizens.

William Binney, an award-winning mathematician and noted NSAwhistleblower, says the collection dates back to when the super-secret agency began domestic surveillance after the Sept. 11 attacks.

“I believe they’ve been collecting data about all domestic calls since October 2001,” said Mr. Binney, who worked at NSA for more than 30 years. “That’s more than a billion calls a day.”

The data were collected under a highly classified NSA program code-named “Stellar Wind,” which was part of the warrantless domestic wiretapping effort — the Terrorist Surveillance Program — launched on orders from President George W. Bush.

But don’t kid yourself if you think the only data being aggregated, recorded and analyzed is who you called or emailed.

Let’s be clear: EVERYTHING.

Binney explained that the government is taking the position that it can gather and use any informationabout American citizens living on U.S. soil if it comes from:

Any service provider … any third party … any commercial company – like a telecom or internet service provider, libraries, medical companies – holding data about anyone, any U.S. citizen or anyone else.

I then asked the NSA veteran if the government’s claim that it is only spying on metadata – and not content – was correct. We have extensively documented that the government is likely recording contentas well. (And the government has previously admitted to “accidentally” collecting more information on Americans than was legal, and then gagged the judges so they couldn’t disclose the nature or extent of the violations.)

Binney said that was not true; the government is gathering everything, including content.

Binney explained – as he has many times before – that the government is storing everything, and creating a searchable database … to be used whenever it wants, for any purpose it wants (even just going after someone it doesn’t like).

Binney said that former FBI counter-terrorism agent Tim Clemente is correct when he says that nodigital data is safe (Clemente says that all digital communications are being recorded).

Binney gave me an idea of how powerful Narus recording systems are. There are probably 18 of them around the country, and they can each record 10 gigabytes of data – the equivalent of a million and a quarter emails with 1,000 characters each – per second.

The surveillance grid is being put into place all around us and its capabilities are unimaginable to most – something that could only exist in the realm of Hollywood plots.

But this is no $80 million Hollywood movie. The budget for the U.S. government’s surveillance program is 1,000 times that.

At an estimated $80 billion this production employs nearly one million people.

Moreover, anyone who uses a machine to send information – of any kind – over the internet, is indirectly employed by these agencies, as well.

The net is expansive – and it’s growing.

Realistically, it’s hard to imagine a scenario where the government simply puts an end to the spying, lays off these one million people, and calls it a day.

Our Congress authorized these activities with the Patriot Act, and subsequent laws that have been enacted since. While this doesn’t mean the new mandates and regulations are just in the eyes of the Constitution, the machine has given itself permission to do exactly what they’ve done. And if the sentiment of Republican Senator Lindsey Graham is shared by the rest of his colleagues, this is only going to get worse:

Sen. Lindsey Graham (R-SC) must have studied his Police State Handbook before giving an interview regarding the Verizon scandal.

…I’m a Verizon customer. I don’t mind Verizon turning over records to the government if the government’s going to make sure that they try to match up a known terrorist phone with somebody in the United States. I don’t think you’re talking to terrorists. I know you’re not. I know I’m not. So, we don’t have anything to worry about.”

Via: The Organic Prepper

What we have to worry about, Senator Graham, is unprecedented intrusion into every aspect of our lives and a government that will use that information to presume every citizen of this nation guilty in the eyes of the law.

“If one would give me six lines written by the hand of the most honest man, I would find something in them to have him hanged.”

Despite what this police statist may believe is within the scope of government’s responsibility, the fourth amendment of our Constitution is very clear on this.

As human beings we all have a right to be safe and secure in our persons, homes, and personal effects. This includes our personal private communications and activities.

The government of this country has overstepped its bounds.

The only solution is handcuffs for ALL those responsible for authorizing such transgressions against a free people.

We’re not trying to be pessimists here, but since the odds of that happening are slim to none, we must assume that every digital interaction within the Prism is subject to monitoring. This includes the obvious communication devices like phones and computers, but likewise encompasses your Wifi connected dishwasher, your video gaming system, vehicular GPS tracking, credit card transaction, visits to your doctor, and any appearance you make in front of a camera or microphone. And within just a few short years, even your daily movements, from the minute you step outside your door, will be monitored by a web of thousands of drones hovering quietly above.

All of it is being tapped by a network of processors so advanced that they can record and aggregate yottabytes of data (A yottabyte is equivalent to about 100 trillion DVD’s).

These capabilities exist right now, and they are being used to watch your every move. 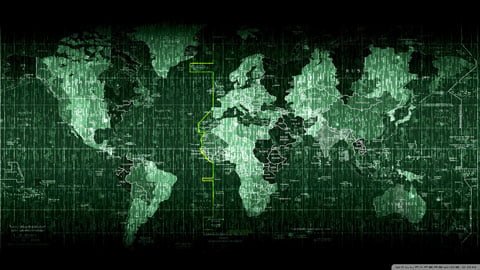 The matrix has you.