Turn Them Over: Feinstein Moves To Ban ALL Assault Rifles, High Capacity Magazines, and Pistol Grips 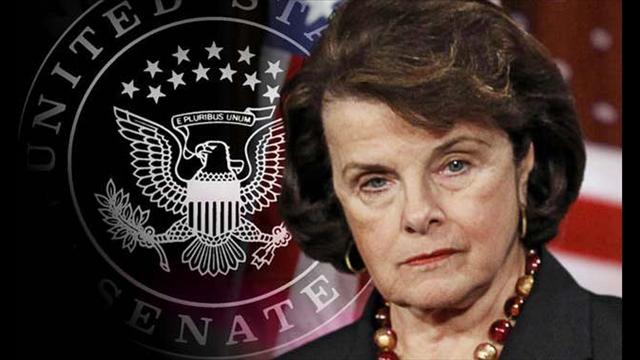 The agenda no longer needs to be hidden from public view. With President Obama winning another term and democrats taking control of the Senate, the move to fundamentally change America from within has begun – with a vengeance.

We’re all aware of the restrictive gun laws in the State of California which require low capacity magazines for handguns, fixed magazines for “assault” rifles, and a whole lot of running around just to be granted the right to carry a concealed firearm.

Now, Senator Dianne Feinstein (D-CA), who has championed gun control in her state for decades and co-wrote the original assault weapons ban enacted by the federal government in the 1990’s, wishes to bring even more stringent federal mandates to the land of the free.

What is being proposed by Feinstein is the most significant attack on the second amendment in history.

It would essentially ban thousands of firearms and require gun owners to turn them over to the Federal government.

I don’t have the minutes of the meeting (yet), but sources tell me California Senator and longtime gun-hater Dianne Feinstein’s legal staff held meetings on Friday with FTB/ATF legal staff to discuss a new “Assault Weapons Ban” Madame Feinstein would be looking to push through Congress if President Obama wins reelection.

This same “pretty good intelligence” says the items that would lead to a ban would ban pistol grips and “high-capacity” magazines, eliminate any grandfathering and ban sales of “weapons in possession”.

I don’t know about you, but if these things come to pass and I’m “in possession” I’m certainly not selling.

In fact, the lack of interest in the idea surprised the California liberal’s legal staffers. Apparently, they believe no logical person could possible disagree with them.

I began receiving the first reports of increases in gun buying by people concerned about tomorrow’s election. Dealers in Oklahoma, Arkansas, Texas, Kentucky, Tennessee, Alabama and Indiana all tell me there hasn’t been a huge number of buyers expressing those concerns, but the numbers were noticeable.

Among that group -and the majority of “regular” purchasers- the core driving most of the purchasing seem to be in their mid-to-late 30s. Again, home and personal defense are the most frequently cited reasons for buying.

At a Congressional budget meeting in September of this year, Feinstein alluded to her desire to reintroduce federal assault weapons ban regulations similar to those she helped cosponsor and pass in 1994 during the Presidency of Bill Clinton:

“Ladies and gentlemen, it is time to say, once again, in legislation, weapons of war do not belong on our streets…”
September 5, 2012

Is it any wonder that shares of stocks like Smith & Wesson and Ruger surged this morning in response to President Obama winning a second term? While the majority of stocks across the world are in the midst of a sell-off and economic conditions indicate the country is in a recession, America’s gun owners aren’t waiting to see what happens next.

Senator Feinstein is serious, and despite this most recent report appearing only as a rumor, her comments earlier this year and her actions two decades ago, should leave no question as to where this is headed.

They are coming for our guns; plain and simple.