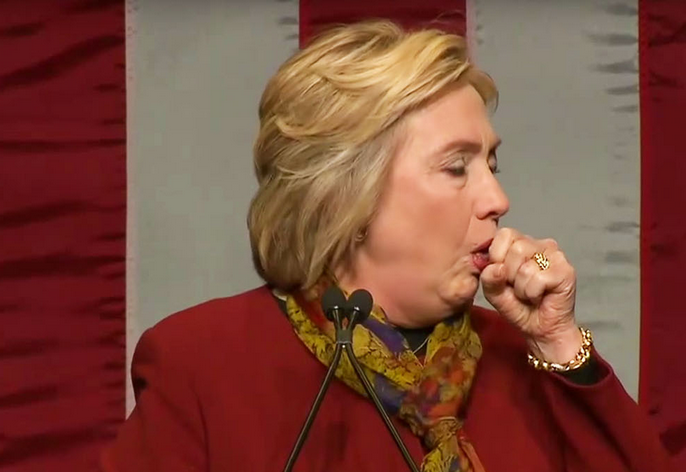 According to RT, Clinton “lied about her perceived rival Tulsi Gabbard… publicly, unambiguously, and with obvious malicious intent” when she claimed Gabbard was “the favorite of the Russians,” the campaign alleges in the lawsuit, filed on Wednesday in the federal Southern District of New York. While Clinton isn’t technically running against Gabbard in the 2020 contest, the filing drily notes that the role of president is “a position Clinton has long coveted but has not been able to attain.”

People seem shocked that Hillary Clinton has stooped to lying, but she’s a politician.  Lying is what they all do. None of them are good people; if they were, they wouldn’t seek power over others.

The filing alleges Clinton harmed not just Gabbard but also “American voters” and “American democracy” by pushing the baseless smear, citing “scientifically conducted opinion surveys” indicating that millions of potential voters believed Clinton’s claims due to her status as a political insider and authority figure with likely access to non-public information. Over 200 articles have been published amplifying the smear since Clinton first uttered it in an October episode of Democratic strategist David Plouffe’s ‘Campaign HQ’ podcast, and the campaign estimates the former secretary of state’s attacks cost Gabbard $50 million in lost donations, lost votes, and reputational damage.

While Clinton never retracted the inflammatory claim that Gabbard was working for the Kremlin – despite a formal request from the Hawaii congresswoman’s campaign – her representatives did attempt to retrospectively muddy the waters. After Clinton spokesman Nick Merrill verified that she was indeed referring to Gabbard with a snarky “if the nesting doll fits” after Clinton’s initial comments in October, he subsequently backpedaled, trying to claim that Clinton meant Republicans – not Russians – were pulling the candidate’s strings. The resulting “corrections” streamed unevenly through the media, confusing no one bar a few copy-editors. –RT

Clinton has not publicly responded to the lawsuit as of Wednesday afternoon. She also has shown no signs of letting go of 2016-era rivalries either, recently claiming in an interview that “no one likes” or wants to work with Sanders, who recently polled as the most popular member of the US Senate.