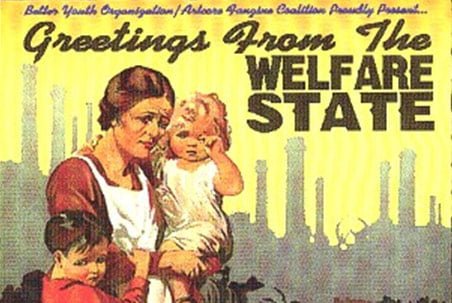 In terms of rhetoric, which has historically made major departures from actions, this campaign boils down the economic uncertainty that is enveloping this nation.

With millions of people out of work, worried about finding employment or facing grave doubts about a future transformed by technological labor, Trump is honing in on the most psychologically pressing issues on the minds of the real Americans in flyover country.

They are the ones who are feeling the hurt financially, not Wall Street.

It is they who must be convinced to support the government again.

The politics of Obama and Hillary have left large portions of the country feeling alienation, and angry at their government. That growing sense of dissatisfaction has been fueled by the unethical tactics of those in power. Lying and corruption has gone way too far.

It has affected them personally.

And whether Donald Trump will prove himself in hindsight or not, he is masterfully tapping into that sentiment in a way that Hillary Clinton cannot even pretend to attempt.

Trump’s speech in front of the Economic Club of New York highlighted the choice between a declining welfare state and an economy that is booming and providing good paychecks. How does that sound to Ford workers who just lost another factory to Mexico? Or to the thousands of other rust belt Americans who face a similar predicament?

DONALD TRUMP: Instead of driving jobs and wealth away, America will become the world’s great magnet for innovation and job creation. My opponent’s plan rejects this optimism. She offers only more taxing and her tax increases are unbelievable. More regulating, more spending, and more wealth redistribution. A future of slow growth, declining incomes and dwindling prosperity.

Not one single idea she’s got will create one net American job or create one new dollar of American wealth for our workers. The only thing she can offer is a welfare check. That’s about it. Our plan will produce paychecks and they’re going to be great paychecks for millions of people now unemployed or underemployed.

If the rhetoric sticks, and this becomes a major point of the election, then the choice will be obvious.

Virtually no one actually wants to be on welfare, and do nothing with their lives, and virtually everyone has already witnessed Hillary’s penchant for wealth redistribution – from her billionaire pals, into the Clinton Foundation, and back out from the state into the pockets of her donors.

Plus a pittance for the starving little people their contracts service.

No Demand for Skilled Jobs: “Millions cannot find work because the jobs simply are not there”

Trump’s Labor Day Message As Unemployment Nears 25%: “The American Worker Is Getting Crushed”