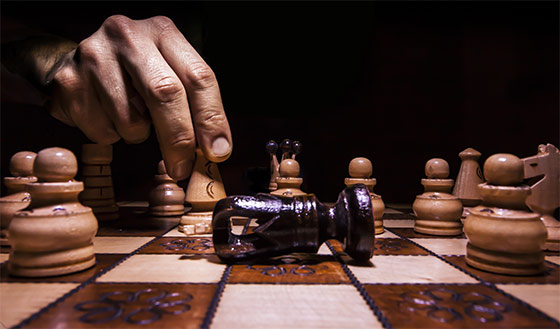 There are some very somber, pragmatic articles circulating as of late that present a true snapshot of the difficulties the U.S. faces after eight years of Obama.  One of these articles is a well-written, thought-provoking piece by Susan Duclos of All News Pipeline, entitled We are Facing the Most Important Battle of All at the Most Dangerous Moment in History.  The piece shows what we’re up against and cautions all of us not to rely on the “magic fix” of Trump’s victory to side rail our preparations and vigilance.  Here is an excerpt from that excellent article:

“We at ANP are noting a lot of optimism from investors with stocks soaring,  to economic confidence reaching new highs, to small business owners, to household spending and even prepping has hit a “multi-year low,” all the articles I am reading are crediting the election of Donald Trump as reason for all this optimism, but as much as I hate to rain on everyone’s parade… now is the most dangerous time in history, not a time to assume just because one man was elected, all the wrongs will be made right, the failing economy will automatically just magically fix itself.”

Susan deserves special thanks, as well as Stefan Stanford; their coverage of developments has been spot-on and unwavering in their attempts to present objective and factual reporting, while warning readers akin to modern Paul Reveres that the battle is not over by any means.  In reality, it is not even close to being over.  I recommend reading the article’s section toward the beginning under “THE ECONOMY IS COLLAPSING” paragraph introduction for statistics on where we stand economically at this moment in time.

There was a piece released by Michael Snyder of the Economic Collapse Blog on December 8th entitled It is Like a Nuclear Bomb Went Off in the Prepping Community, another timely piece that warns of the complacency settling in now that most conservatives believe that Trump will be the vaccine for the country’s illnesses.  Here is an excerpt from that article:

Not since the election of Ronald Reagan has the mood on the right shifted in such a positive direction so suddenly.  But now that everyone is feeling so good about things, very few people still seem interested in prepping for hard times ahead.  In fact, it is like a nuclear bomb went off in the prepping community.

As the publisher of The Economic Collapse Blog, I am in contact with a lot of people that serve the prepping community.  And I can tell you that sales of emergency food and supplies have been crashing since Donald Trump’s surprise election victory.  Firms that help people relocate outside of the United States have seen business really dry up, and I know of one high profile individual that has actually decided to move back to the country after Trump’s victory.

It is almost as if the apocalypse has been canceled and the future history of the U.S. has been rewritten with a much happier ending.  Personally, I am quite alarmed that so many people are suddenly letting their guard down, but it is difficult to convince people to be vigilant when things seem to be going so well.

Mike’s sentiments are completely accurate and I agree with them wholeheartedly.  The people who have been orchestrating the collapses of national governments (Ukraine, Libya, and Egypt, for example) and have been funding the “fundamental transformations” of other areas, (such as Syria and Yemen) have not halted their agendas.  And, why would they?  There are hundreds of billions of dollars at stake that have already been invested in the planned collapse of all the nations of the world and the absorption into one global governance split (as written in earlier articles) into three areas to promote “homogeneity” and management along lines of ethnic, cultural, and genotypical similarities.

It appears as if the U.S. may take a little bit longer than expected, now.  “May” is still the deciding word.  Remember: the 9-11 attack was what enabled Bush Jr. to propel the U.S. toward a police state.  The John Warner Defense Act was signed in 2006, and the Patriot Act did not originate under Obama, but under Bush.  You can see the “Overton Window” principle and the resultant paradigm shifts as you observe each successive election and term of office…the “back and forth” from (supposedly) Conservative to Liberal administrations.  Reagan (8 years) and Bush Sr. (4 years, when the decline began), followed by Clinton (8 years) and then Bush Jr. (8 years) and then Obama (8 years) …and here’s Trump for at least 4 years.

The globalists need the illusion of the two-party system to enable a “reprieve” in the minds of the people with the rise of a Bush or a Trump…but the reprieve is merely an illusion.

If these Marxist traitors forced their agenda on the people all at once, there would have been a revolution in its inception.  They alternate: destroy the society and the culture to the max under a Democrat administration, and then “scale back” a bit under a Republican administration while still nipping away at the edges with an “Act” here, or a “piece of legislation” there.

The proof to this pudding is that Trump will not completely clean house and redo the existing political, economic, and social order when he takes office.  Already he has reneged on campaign pledges to repeal Obamacare and build a complete physical barrier between Mexico and the U.S.  He is not going to deport the illegal aliens.  He is going to emplace several people in his cabinet who are known to be either in the pockets of the corporations (such as Mnuchin), or have stances that diametrically oppose his own campaign pledges (such as his selection for White House Chief of Staff who supports amnesty for illegal aliens).

It may take them a little longer, but Trump will not be able to undo the current course toward the collapse of the United States and the relinquishing of national sovereignty in favor of global governance.  He may be (wittingly or unwittingly) helping it along.  I believe the former will be the case.  Remember Bush Jr.’s departure from the White House?  He gave Obama a manila file folder, marked “From 43 to 44,” in reference to their sequential order as presidents.  Wonder what was in it, don’t you?

Wonder what Obama will be handing “Number 45” before (and if) he departs?  There should be no doubt in anyone’s mind that there is an agenda that Trump will follow that is larger than his own.  The global manipulators behind the scenes have handed the American people their “champion” and a slight reprieve to avoid a revolution that would have been far from bloodless.  We’re still in a mess overall, and Trump will either knuckle under to their demands in the manner of the aforementioned pattern of their choosing, or they’ll remove him from office.  Meanwhile it is important not to lose focus, to stay aware, and continue to prepare for the eventual collapse, regardless of what the majority does or doesn’t do in denial of the true situation.