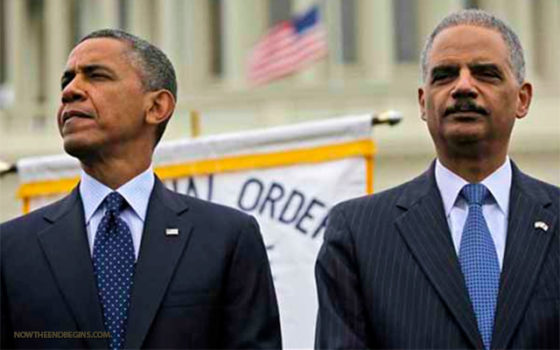 We may finally get some answers to the high-level Obama administration’s gun-running scandal dubbed “Fast and Furious.”  The Trump administration is promising to release the documents pertaining to that scandal that were withheld by former Attorney General, Eric Holder.

Operation Fast and Furious was the Obama-era operation in coordination with the Bureau of Alcohol, Tobacco, Firearms, and Explosives (ATF) in which the federal government allowed criminals to buy guns in Phoenix-area shops with the intention of tracking them as they were transported into Mexico. But the agency lost track of more than 1,400 of the 2,000 guns they allowed smugglers to buy.

“For over six years, the House Oversight Committee has fought for additional documents related to Operation Fast and Furious. Today, the Committee finally reached a conditional settlement with the Department of Justice,” Amanda Gonzalez, spokeswoman for the House Oversight Committee, said in a statement to Fox News. “The Committee seeks all relevant facts so we can learn from the mistakes made by the Justice Department. We have a responsibility to uncover why they worked so hard to hide this information from the Committee, the family of [slain border patrol agent] Brian Terry, and the American people.”

Brian Terry was killed in 2010 by an illegal immigrant with a weapon used in the botched Operation Fast and Furious. Terry died in a gunfight between Border Patrol agents and members of a six-man cartel “rip crew,” which patrolled the desert along the U.S.-Mexico border looking for drug dealers to rob. The cartel member suspected of killing Terry was apprehended in 2017.

“We need to find out the truth, exactly what happened, how it happened, why it happened,” Kent Terry said on Fox & Friends Tuesday. “We need Mr. Trump, President Trump, to unseal the documents, reverse executive privilege so that we know what happened, and that we can hold the people accountable that are responsible.”

According to Fox News, the Justice Department entered into a conditional settlement agreement with the House Oversight and Government Reform Committee. The settlement agreement was filed in federal court in Washington D.C. and ends six years of litigation arising out of the previous administration’s refusal to produce records requested by the committee.

“The Department of Justice under my watch is committed to transparency and the rule of law,” Attorney General Jeff Sessions said in a statement Wednesday. “This settlement agreement is an important step to make sure that the public finally receives all the facts related to Operation Fast and Furious.”

The White House has yet to release an official statement on the Justice Department’s settlement.