Trend Forecaster Gerald Celente Warns: Prepare For The Panic Of 2016: “History Will Remember This” 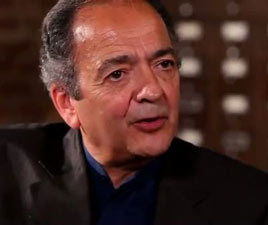 Earlier this week hedge fund manager Marin Katusa explained that up until the recent stock market hit all the easy money flowing into the energy sector was being exuberantly spent on hookers, blow and fancy toys. Now, as oil prices hover under $40 per barrel, Katusa said more pain is likely coming and oil, along with other asset classes, are going to go “lower for longer.”

In a recent interview with Future Money Trends, trend forecaster Gerald Celente echos Katusa’s concerns. Having accurately predicted the Crash of 2008 nine months ahead of the bottom falling out on a global scale, Celente says another panic is coming this year.

But if you thought 2008 was bad, says Celente, this crash will be so severe it’ll be one for the history books:

…51% of the people in the United States that are employed are earning under $30,000 a year… Less than half the population is considered middle-class in America… the gap between the rich and the poor is as bad as it was at the worst times of the Gilded Age going back over a hundred years.

So, what happens when the Panic of 2016 happens?

The Panic of ’08 helped wipe out the middle class… this is going to eliminate it to a large degree, because they’re deep in debt…

Watch Gerald Celente discuss his trend forecasts for everything from politics and the economy to wealth preservation strategies and entrepreneurship in times of crisis:

The markets have been artificially juiced up… so when this thing comes down it takes the top down… the last time it pulled out the bottom… so this is going to be a top-down crash.

Visit Future Money Trends for news, strategies for protecting your wealth and more interviews like the one posted here.