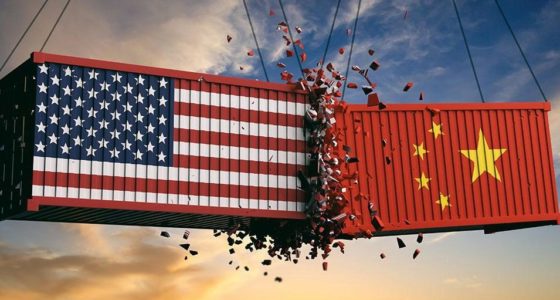 China has pledged to increase more purchases of U.S. farm goods but never confirmed the exact amount for the phase one trade agreement.

Han Jun, the vice-minister of agriculture and rural affairs, was quoted by Caixin on Tuesday as saying Beijing won’t increase its annual import quotas for wheat, corn, and rice, reported Reuters.

This comes at a time when the Trump administration has pressured China to double its $24 billion pre-trade war purchases of U.S. farm goods to nearly $40 billion – a move that would serve as an election win for President Trump and help alleviate pressures on struggling Central and Midwest farmers.

Han is also part of the trade negotiating team, said last month that China would increase annual quotas on wheat, rice, and corn. But as of Tuesday, Han and the trade team have changed their minds saying the quotas “won’t adjust for one country.”

Definitive data shows purchases of the three grains from the U.S. totaled around $534 million.

“Although there’s certainly types of high-quality wheat that China would look to import, maxing out the tariff rate quota would also weigh on domestic producers,” Darin Friedrichs, senior Asia analyst at INTL FCStone, said in a note Monday.

“China will be facing a tough balancing act of trying to satisfy the U.S. demands for large agriculture purchases, while also not hurting the rural population,” Friedrichs added.

Last month, we said with absolute certainty that China wouldn’t uphold the trade agreement. There’s just no way that China would increase U.S. farm good imports by 235% in 2020. It’s not just because China is protecting its domestic agricultural markets, but rather, it’s because Brazil and Argentina have ramped up shipments of grains to the Asian country.

Goldman Sachs points out in a recent note that any massive increase in Chinese purchases from the U.S. “would likely be hugely disruptive to global agriculture markets, primarily crowding out Argentine and Brazilian supplies that have taken substantial market share since 2017 due to the trade war and much weaker currencies.”

To get a sense of just how improbable such a surge in Chinese imports from the U.S. is, here is a visual representation of what this “disruptive increase” in U.S. agriculture exports to China would look like… 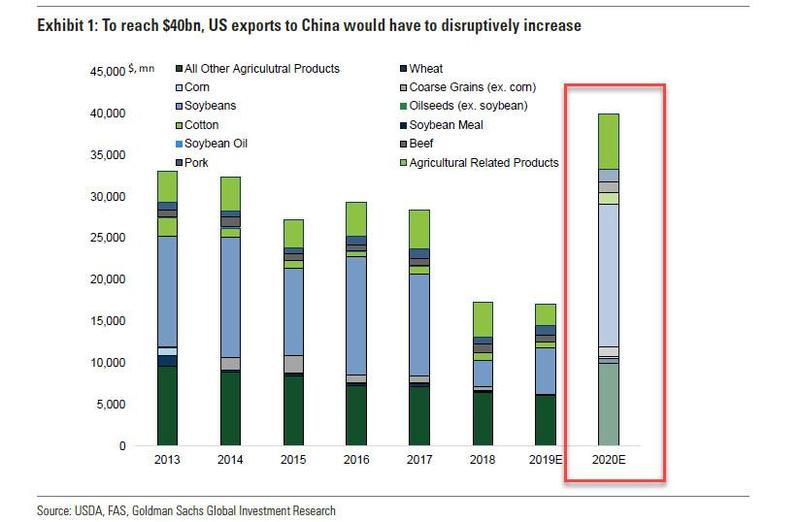 … and also why the assumption in exported quantities to China is, as Goldman points out, thoroughly “unrealistic.”

And while China promised a “best-effort” to purchase $40 billion in farm goods from the U.S. in 2020, it appears hard targets won’t be met. Does this mean more tariffs are on the way for non-compliance?