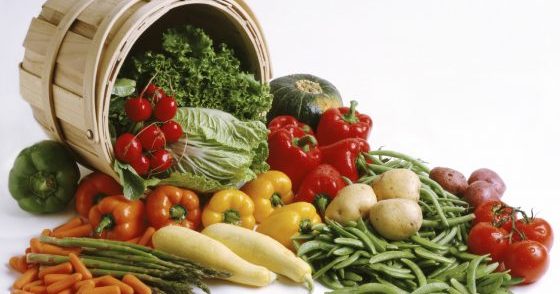 The saying “you are what you eat” may have much more meaning now than it ever has in the past. Toxic food is killing humanity, and one-fifth of all deaths are now linked to processed foods.

It may not be cheap to eat good food, but it’s certainly better for your body. A new study compiling data from every country finds people are living longer but millions are eating wrong foods for their health. Poor diet is now a factor in one in five deaths around the world, according to the most comprehensive study ever carried out on the subject. Diet is the second highest risk factor for death, after smoking.

And millions of people globally are eating the wrong sorts of food and too much of it for good health. Eating a diet that is low in whole grains, fruit, nuts, seeds, and fish oils while being high in salt raises the risk of an early death, according to the huge and ongoing study Global Burden of Disease.

The study, based at the Institute of Health Metrics and Evaluation at the University of Washington, compiled data from every country in the world and made informed estimates where there were any gaps. Five papers on life expectancy and the causes and risk factors of death and ill health have been published by the Lancet medical journal.

“This is really large,” Dr. Christopher Murray, IHME’s director, told the Guardian. “It is amongst the really big problems in the world. It is a cluster that is getting worse.” While obesity gets attention, he was not sure policymakers were as focused on the area of diet and health in general as they needed to be. “That constellation is a really, really big challenge for health and health systems,” he said.

The problem is often seen as the spread of western diets, taking over from traditional foods in the developing world. But it is not that simple, says Murray. “Take fruit. It has lots of health benefits but only very wealthy people eat a lot of fruit, with some exceptions.” Sugary drinks are known to be harmful to health but eating a lot of red meat, the study finds, is not as big of a risk to health as failing to eat whole grains. “We need to look really carefully at what are the healthy compounds in diets that provide protection,” he said.

People are living longer but spending more of those years in poor health, and obesity is one of the major reasons. More than a billion people worldwide are living with mental health and substance misuse disorders and depression is in the top 10 causes of ill health in all but four countries. “Our findings indicate people are living longer and, over the past decade, we identified substantial progress in driving down death rates from some of the world’s most pernicious diseases and conditions, such as under-age-five mortality and malaria,” said Murray. “Yet, despite this progress, we are facing a triad of trouble holding back many nations and communities – obesity, conflict, and mental illness, including substance use disorders.”

In essence, the study reveals that the processed food/sugary drink industry is now about as dangerous as Big Tobacco.